The SPAM pedestal, located next to the Romanian Arenas from Carol I Park in Bucharest, hosts the fifth project, and the last, winner of the SPAM Copy / Paste contest, named Mioriţa, autor Costin Ioniță.

National symbol, like the lyric gold is wearing our country, we are begging from door to door, Costin Ioniță’s Little Ewe becomes, for SPAM, the image of wealth in a rich-poor Romania. Little Ewe’s golden head, disfigured, is the representation of wealth-curse, in opposition with the voluminous body of the sheep with rich wool.

The press, the perfect weapon of manipulation in the hands of the powerful people, modifies information for various interests, transforming from time to time the truth in gold.

Launched in autumn 2012, the SPAM Contemporary Art Project proposed to place, throughout 2013, five temporary contemporary art works with the theme Copy / Paste, on the original pedestal, now empty, of Dr. Constantin Istrati’s statue , produced by Oscar Späthe. So far, on the SPAM pedestal were exposed the following projects: The infinite pedestal by Vlad Stoica and Lea Rasovszky, Everyone wants on his pedestal by Andrei Ciubotaru, Qub by Gallery A1, and Countess by Ileana Oancea. With Costin Ioniță’s Little Ewe, which can be seen from November 18, 2013 until a new SPAM contest will be launched, the SPAM Copy / Paste series ends here. 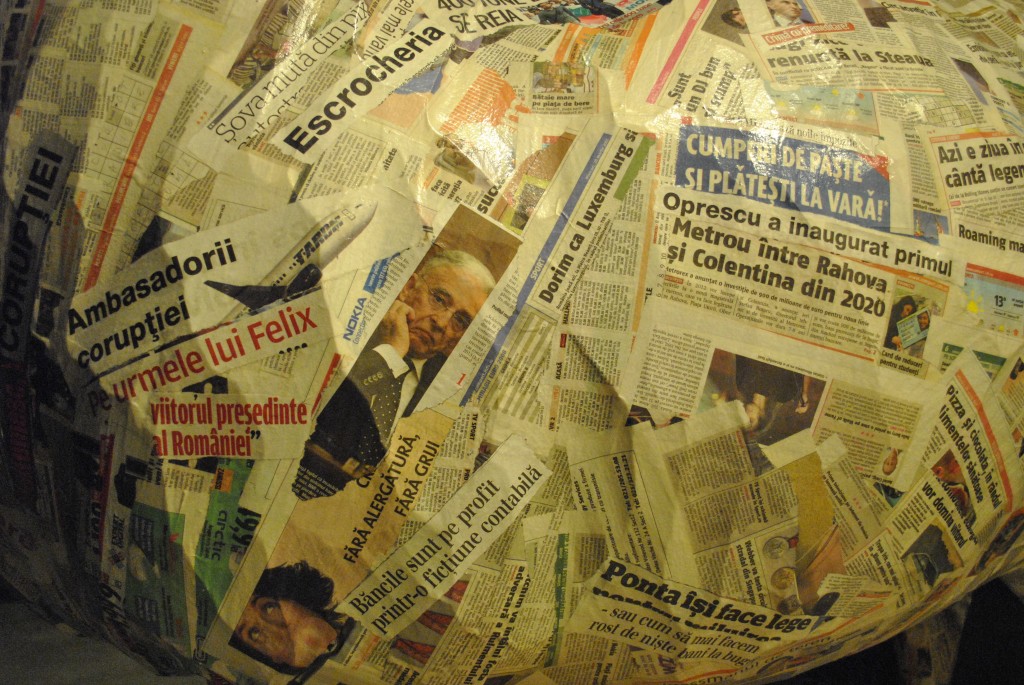 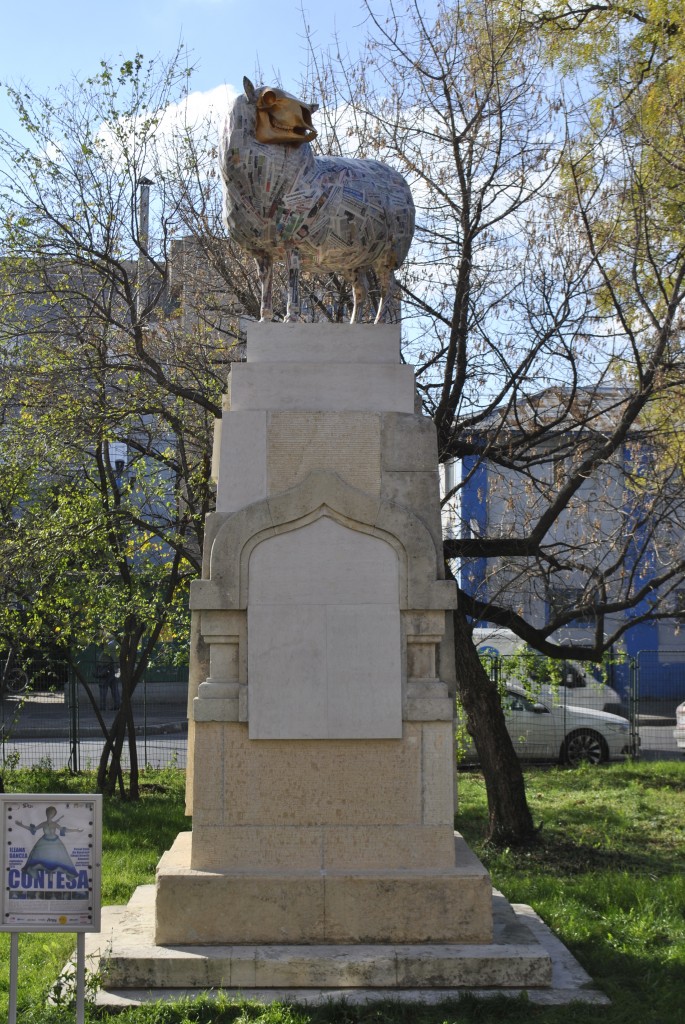 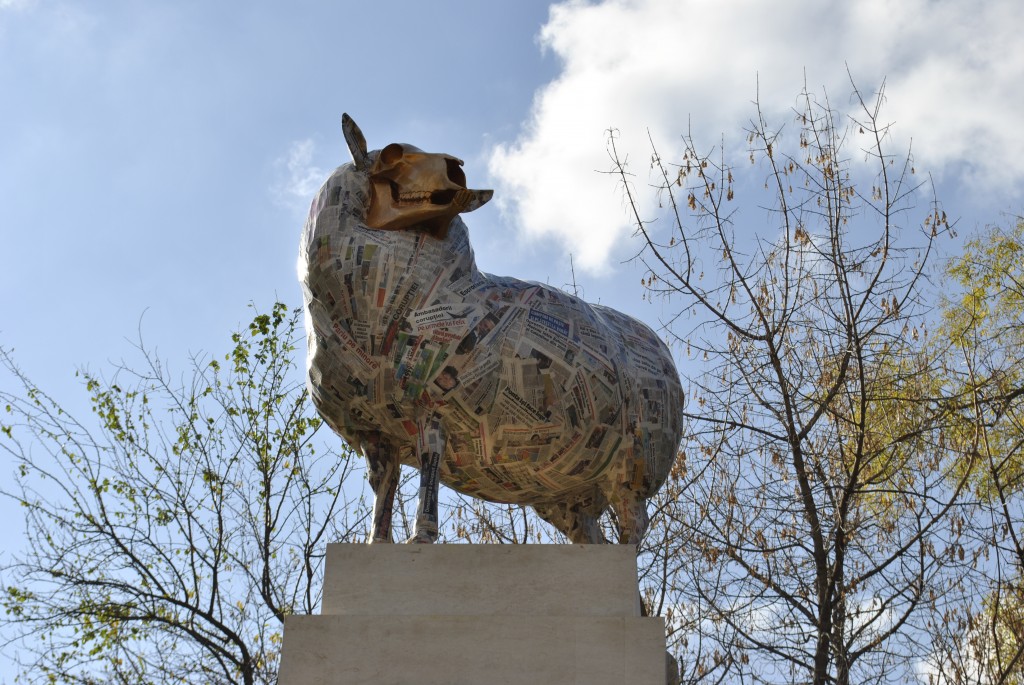 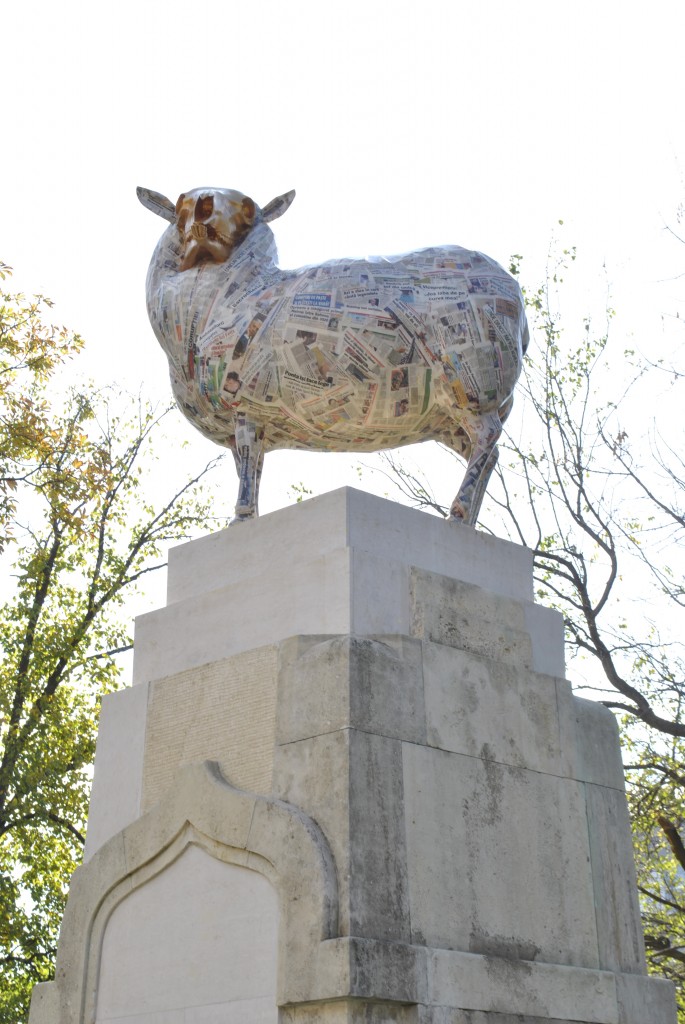 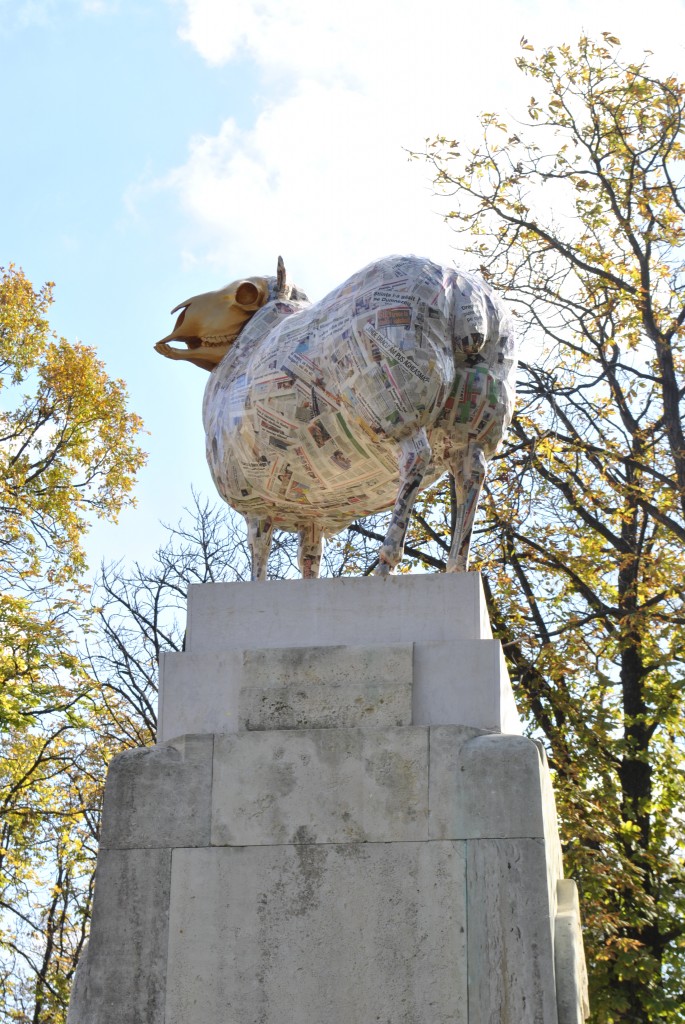 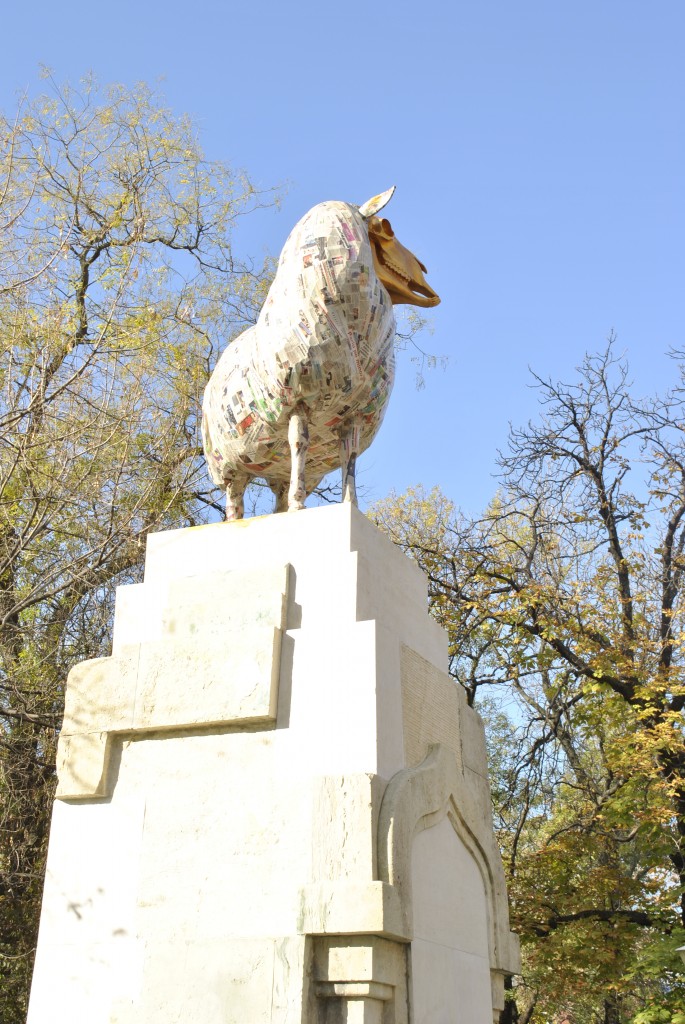 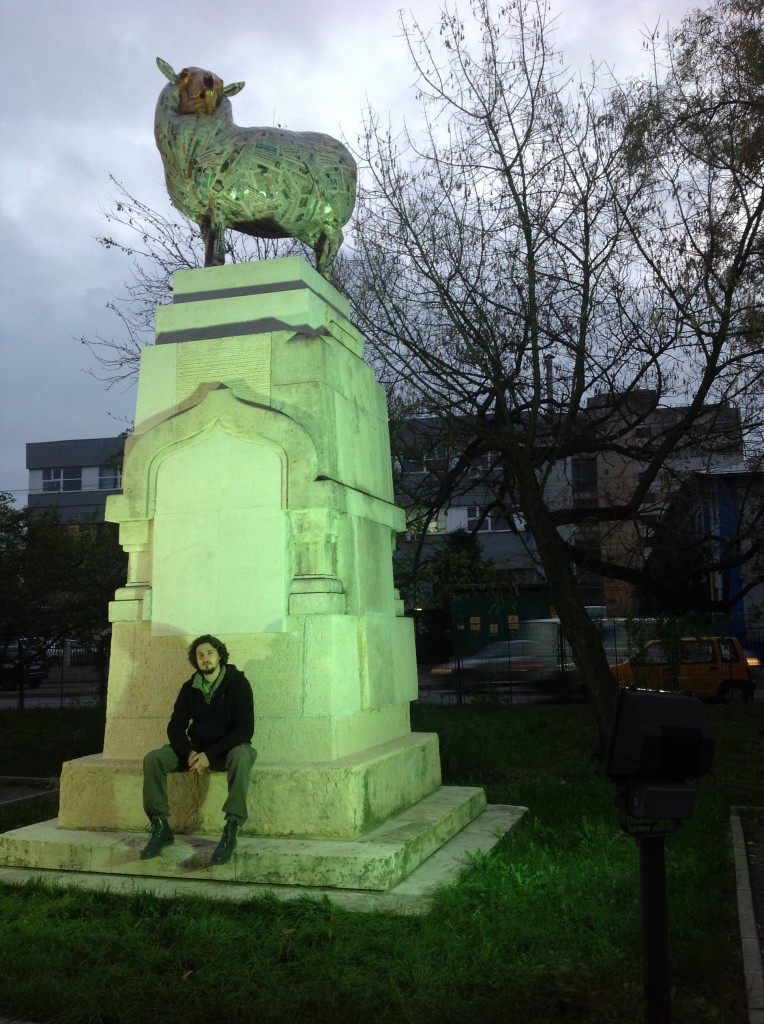 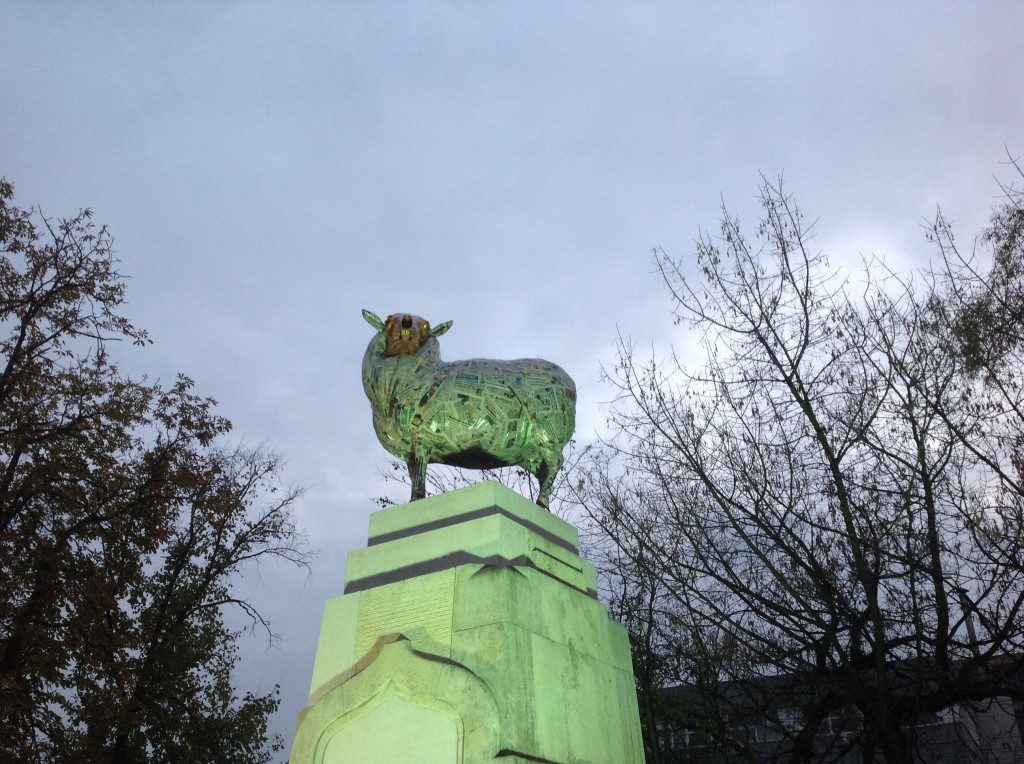 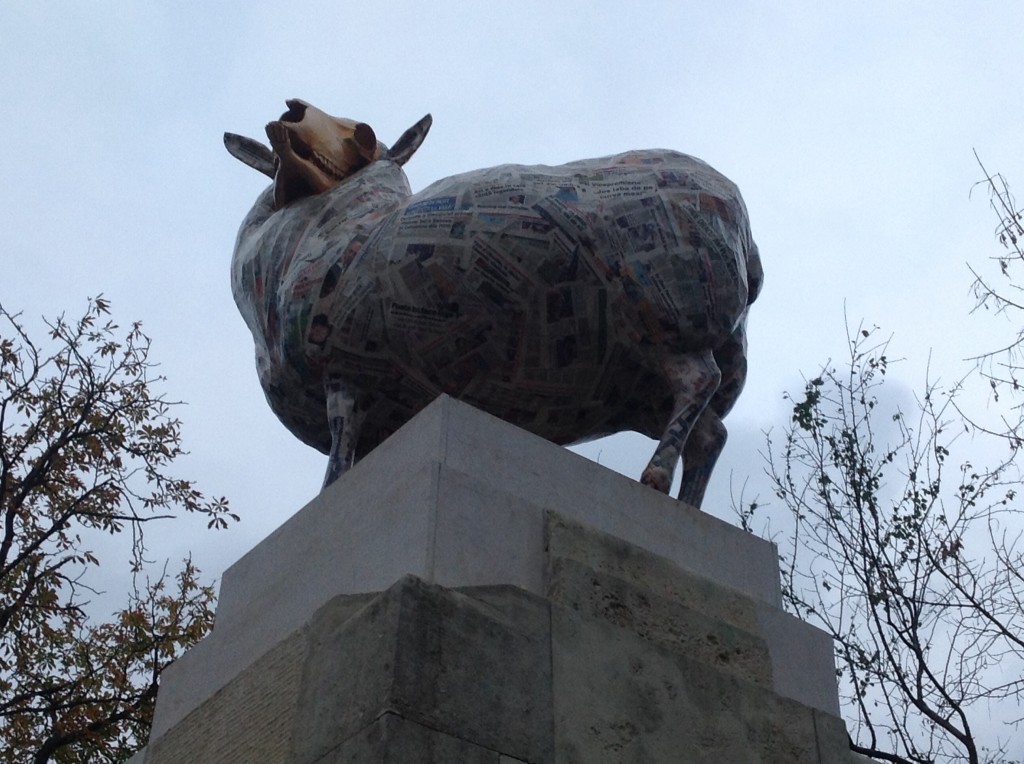 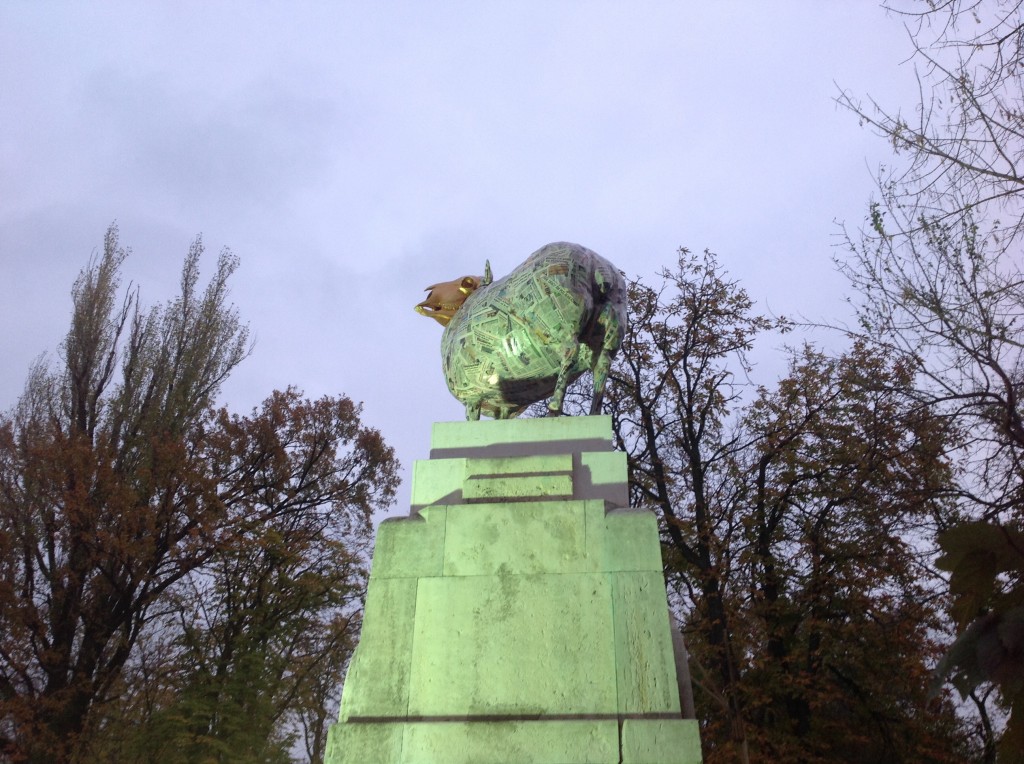