In 1960 a statue of Lenin by Boris Caragea, 6 meters in height, was placed in Free Press Square in Bucharest. The bronze statue, of monolithic proportions, watched with loving leadership over, what was named back then, Piața Scânteii. After the 1989 Romanian Revolution, Lenin’s statue was (in March 1990) moved to several locations around the city of Bucharest. Nobody wanted it, as it represented a plague that nobody wished to be associated with. The granite plinth remained empty. Fallen regimes, toppled statues and the destroying of symbols were always part of the sanitization process of nations. For Romania the emptiness of the plinth, the absence of the soviet leader, was essential in the ‘90s. Its absence was significant: the communist dictator Ceaușescu was forever gone. The transformation of the plinth into a temporary exhibition space through Proiect 1990, where young artists could artistically protest against our daily social and political issues, represented freedom. But the plinth itself now faces possible demolition. For more than three years (I started Proiect 1990 in January 2010) I’ve been told that the plinth would be demolished, and a 28 m high sculpture would take its place. Facing the possible demolition of the plinth, Jose Antonio Vega Macotela and Chantal Peñalosa Navarro decided to carefully record its future absence. 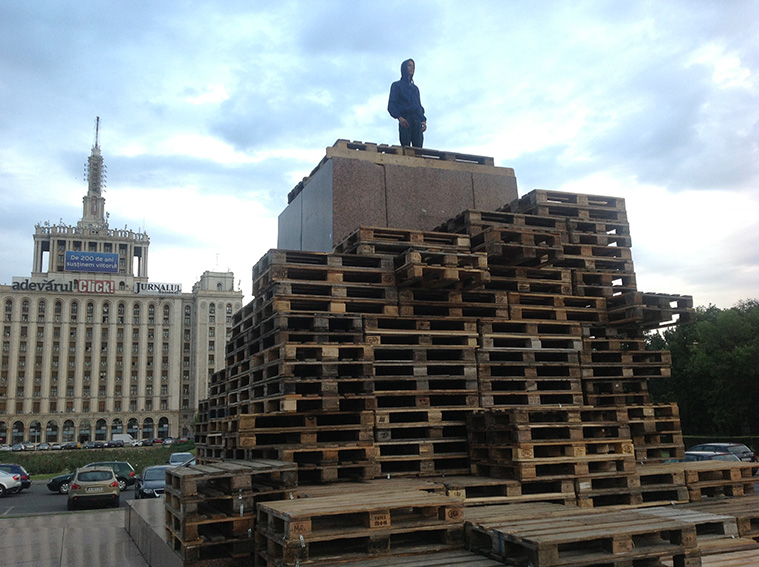 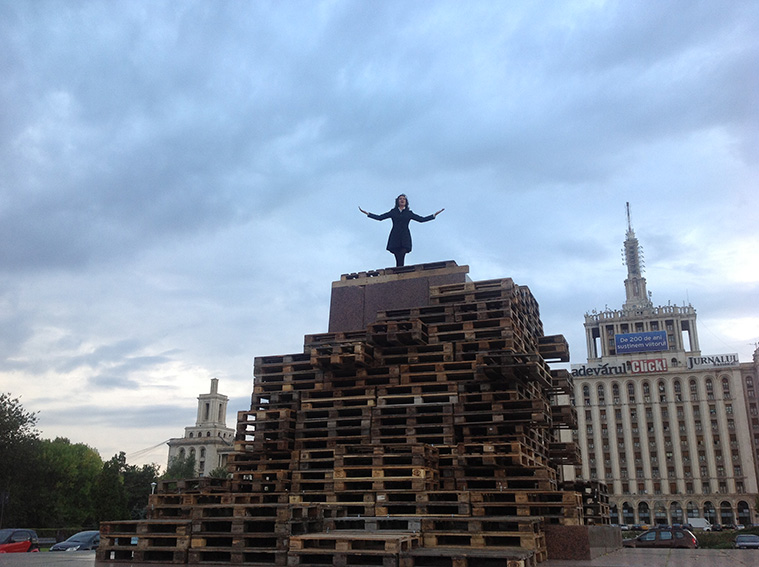 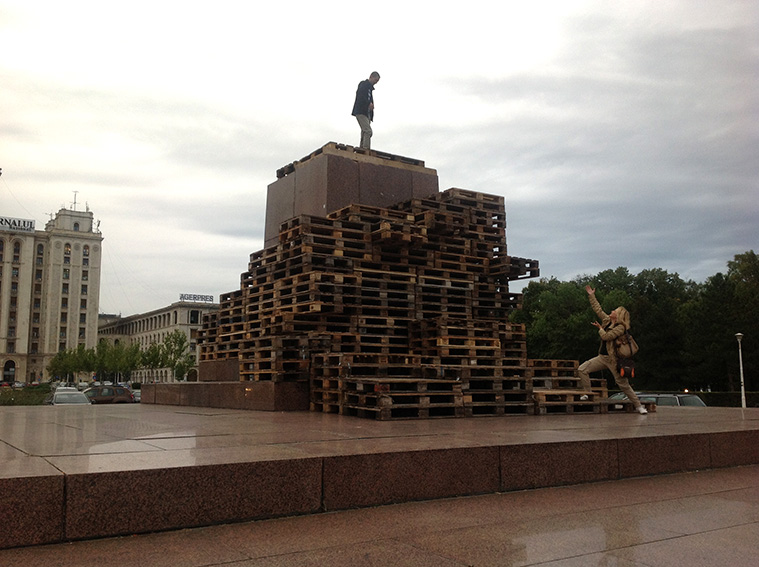 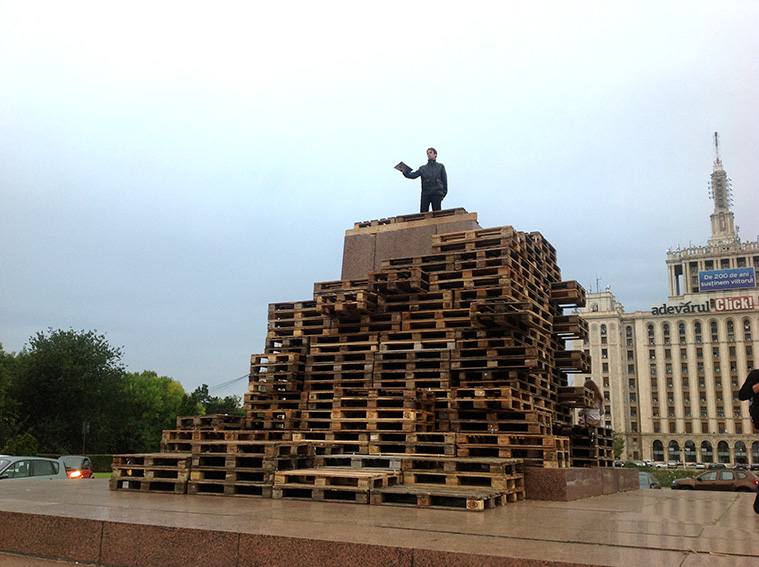 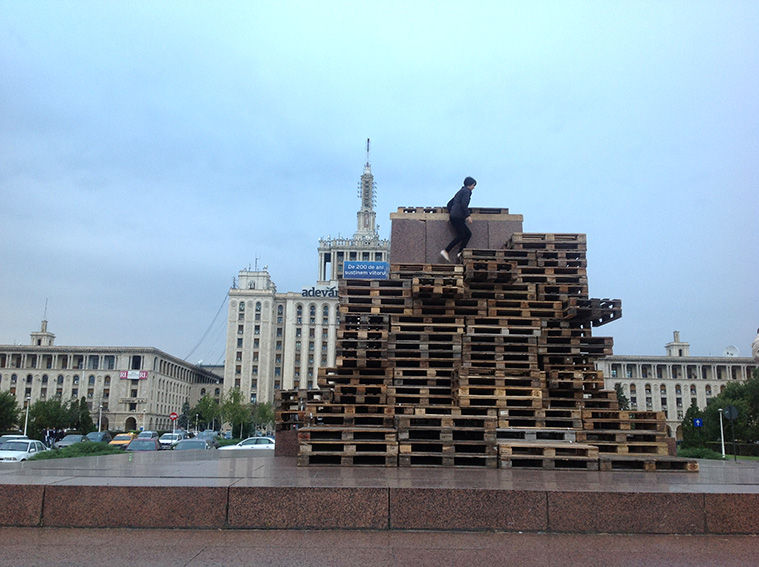 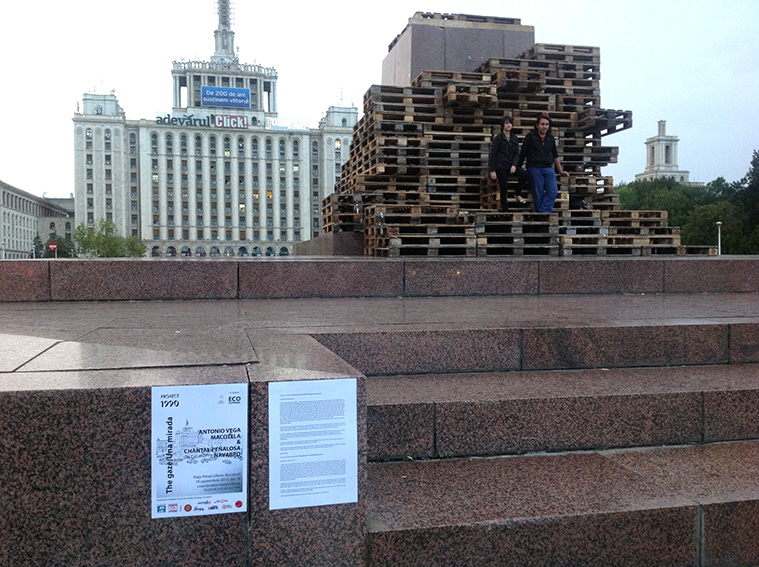 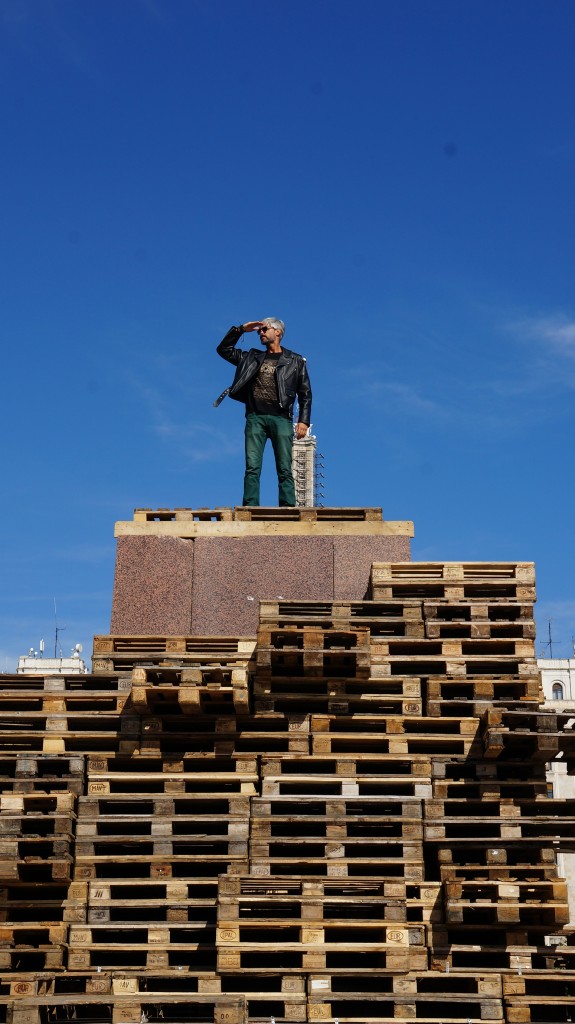 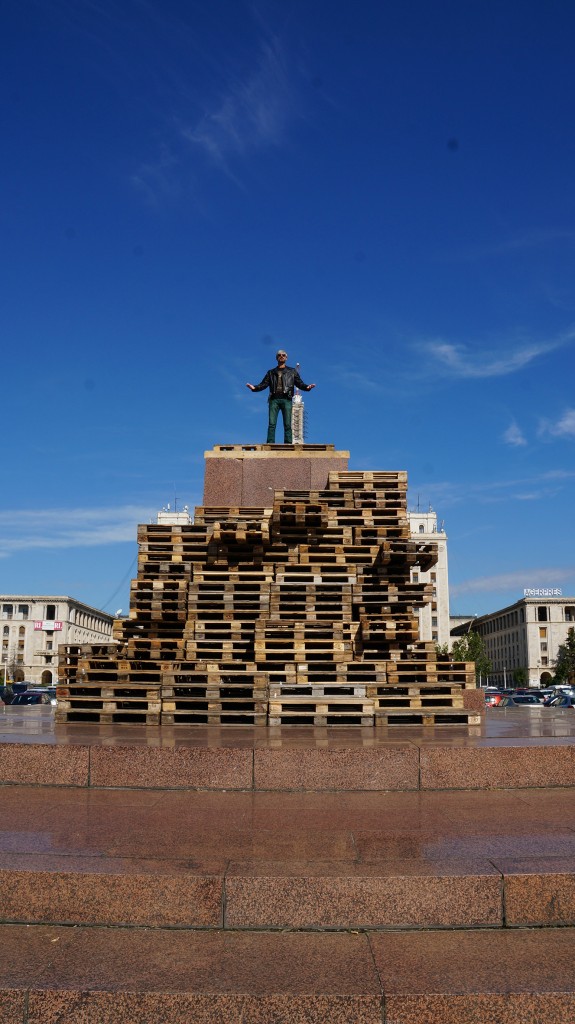 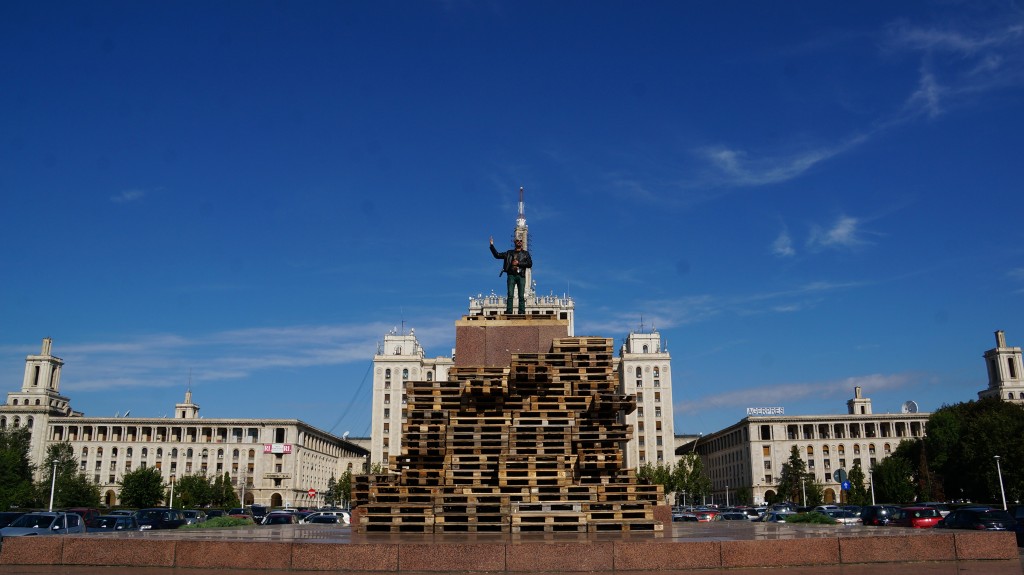 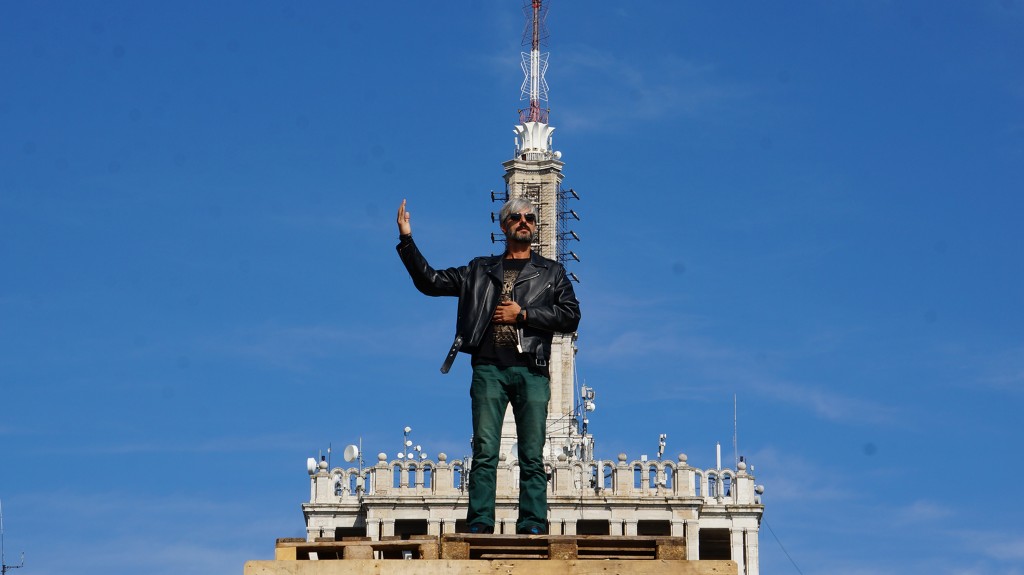 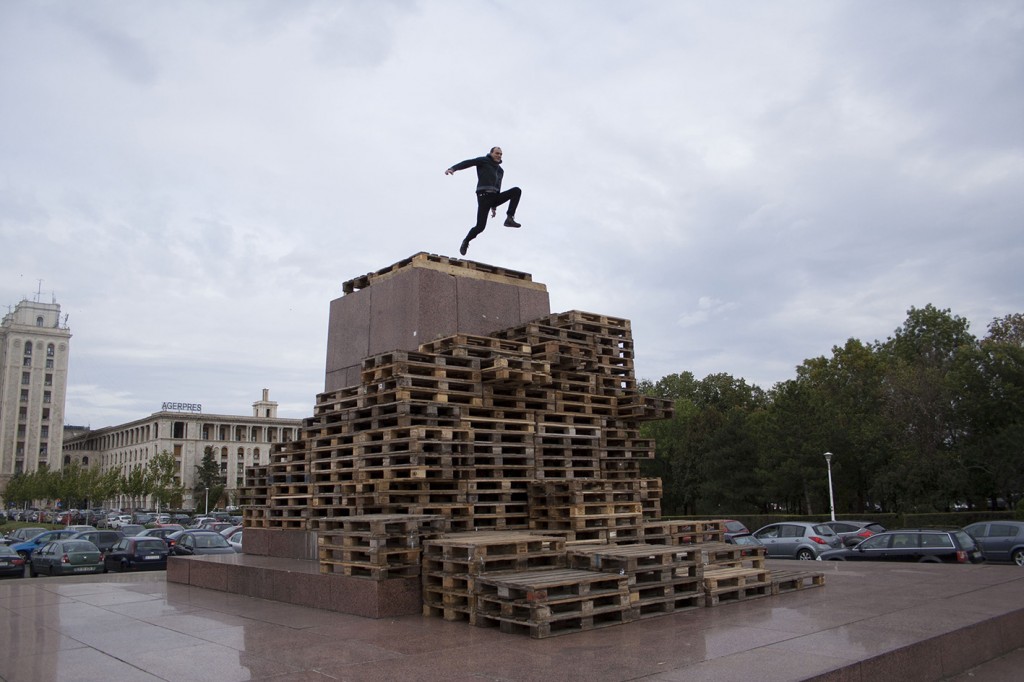 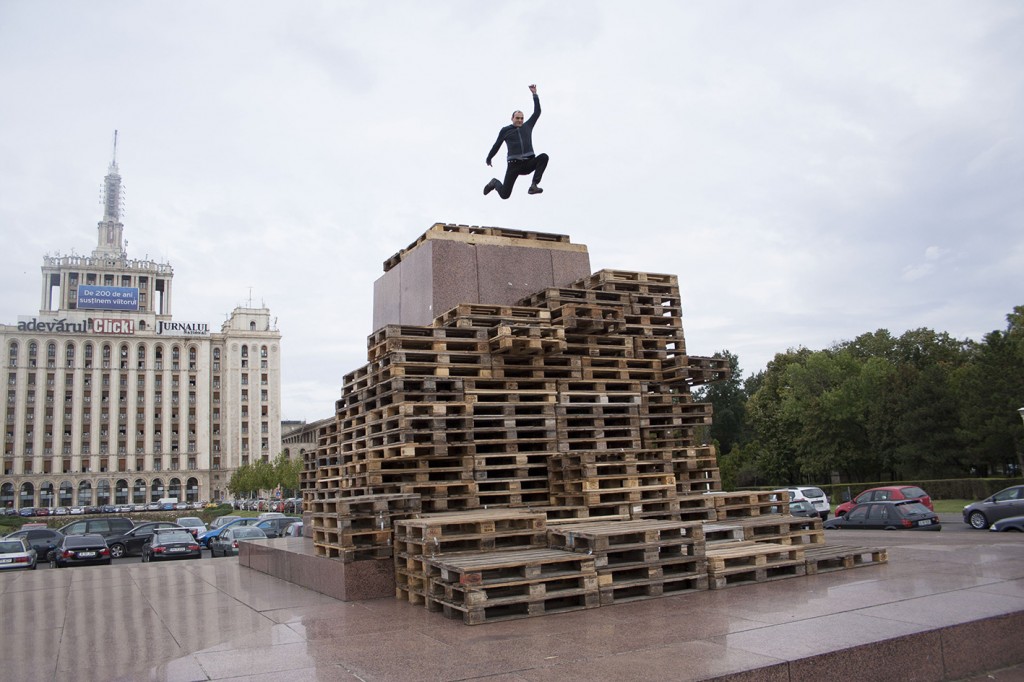 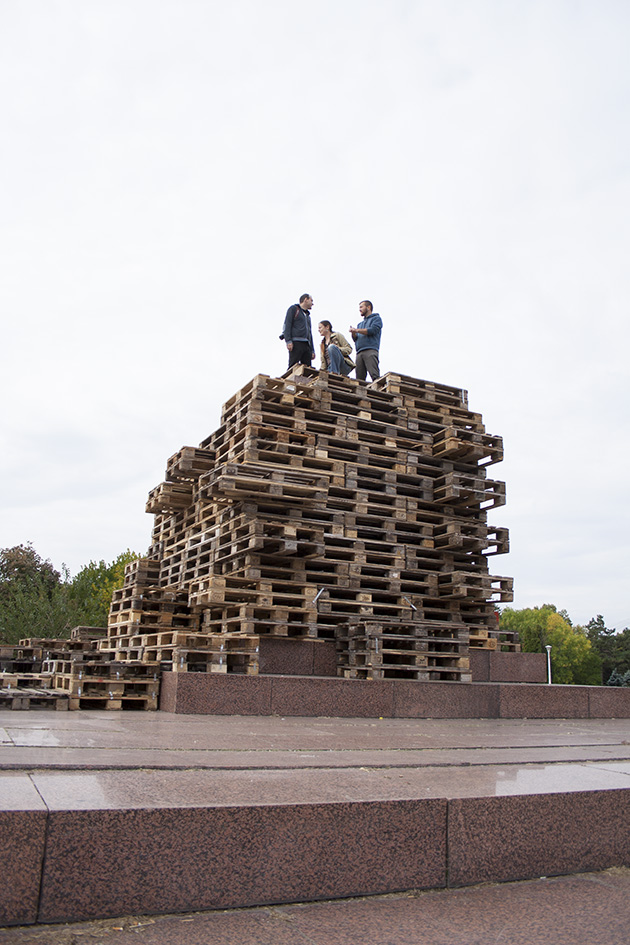 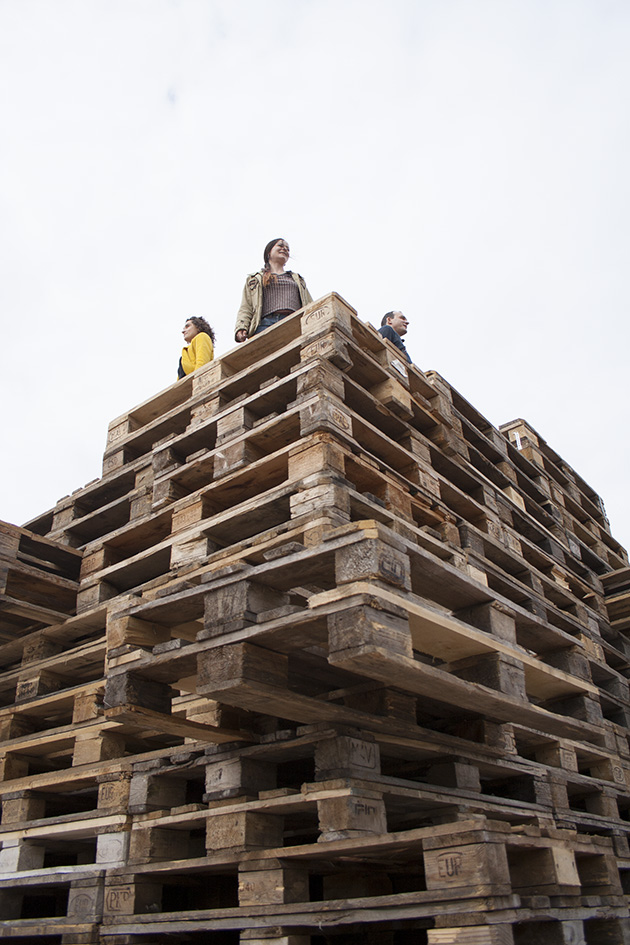 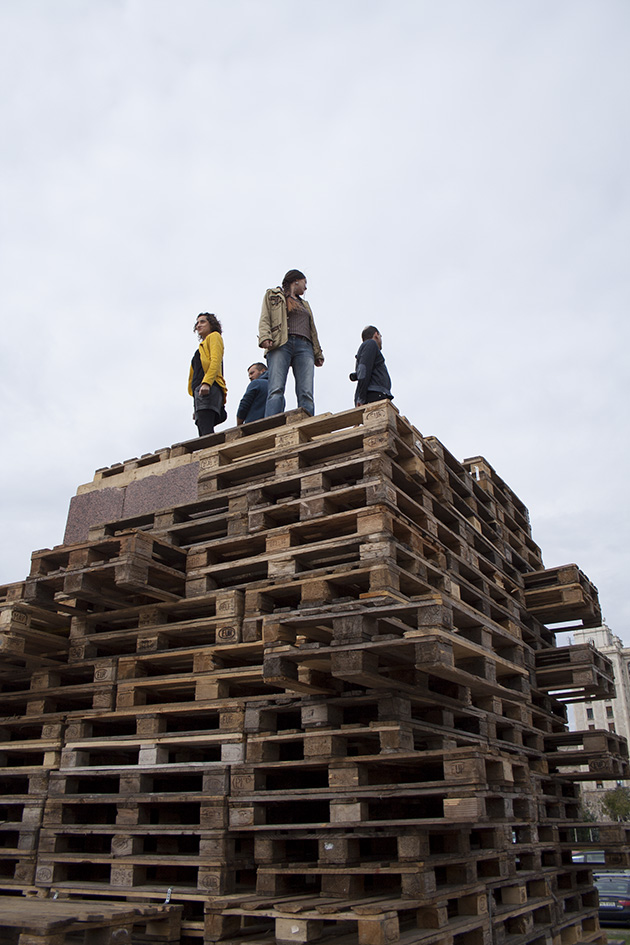