“Country Lovers or the Solidarity Monument is an artistic interpretation of the existing social and political Romanian landscape, focusing especially on the cohabitation between the political parties.
We, as citizens, are passively watching a perpetually, aggressive and obscene political show.

My intention is to draw attention of actual party switching marked by ideological fluctuations, partisan realignments and populism practiced by politicians.

The two fighting dogs, one red and the other blue, fixed on a golden rocking base marks the fake differences between political parties, poor stability of nowadays governments and the aggression of the political power. ” Alexandru Potecă

Alexandru Potecă (b. 1977), after his master studies at the National University of Arts in Bucharest decide to pursue an Advanced Diploma in India at the Art Institute of Visha-Bharati University, Shantiniketan. Potecă exhibited his artwork in Bucharest, Galați, Oradea, Sibiu, Baku (Azerbaijan), New Delhi, Shillong, Kokrajhar (India) and Be’er Sheva (Israel). His works are found in private collections in Romania, India and Israel. 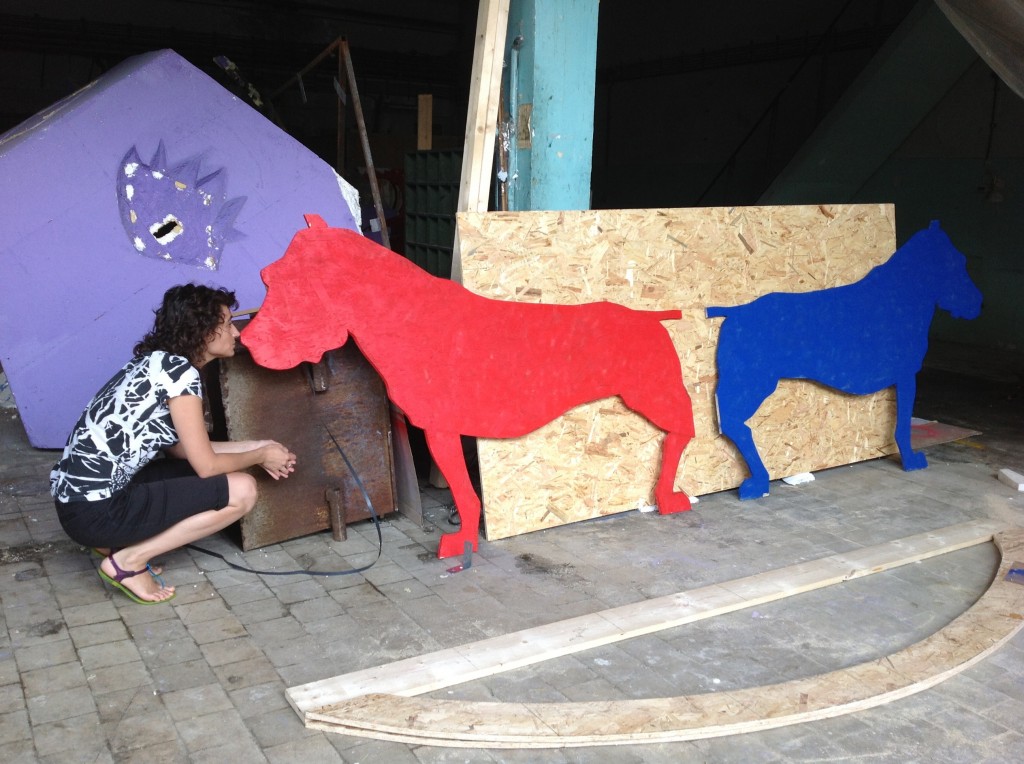 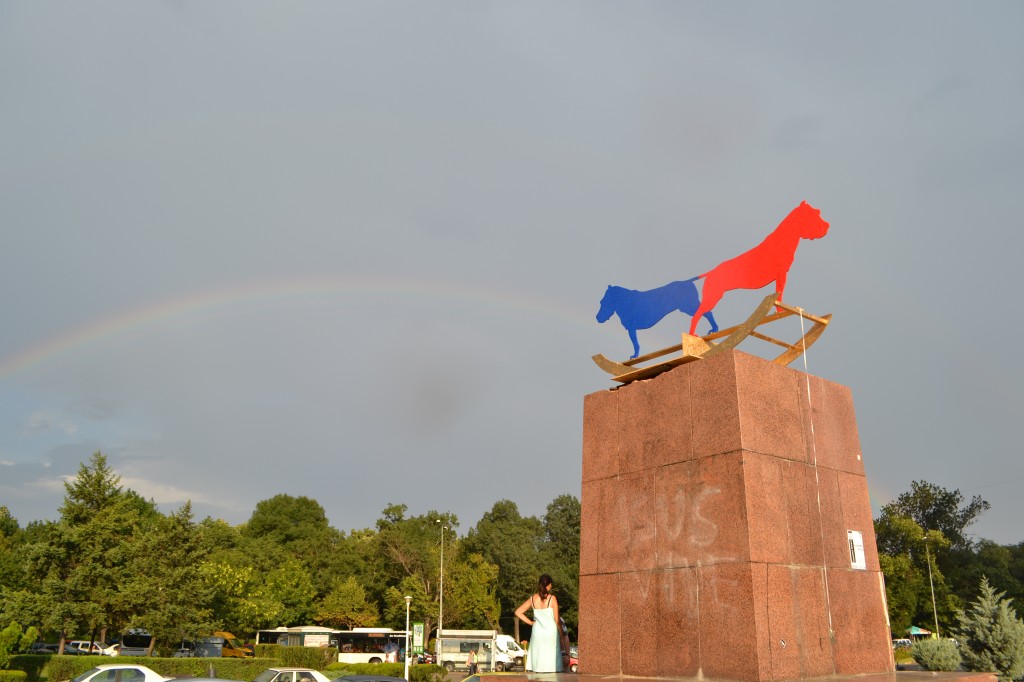 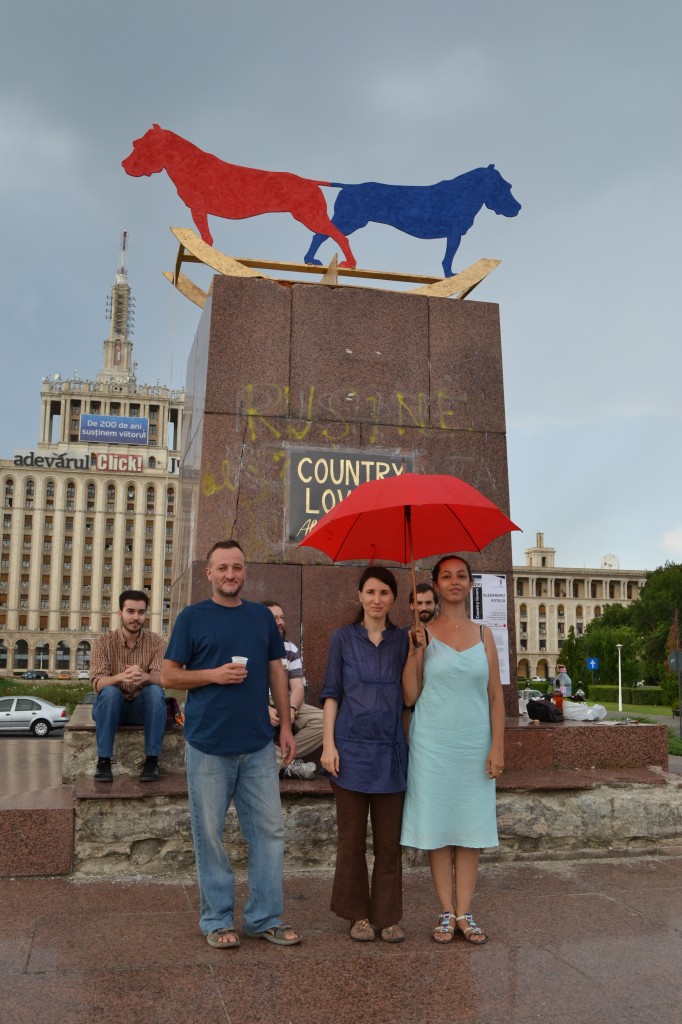 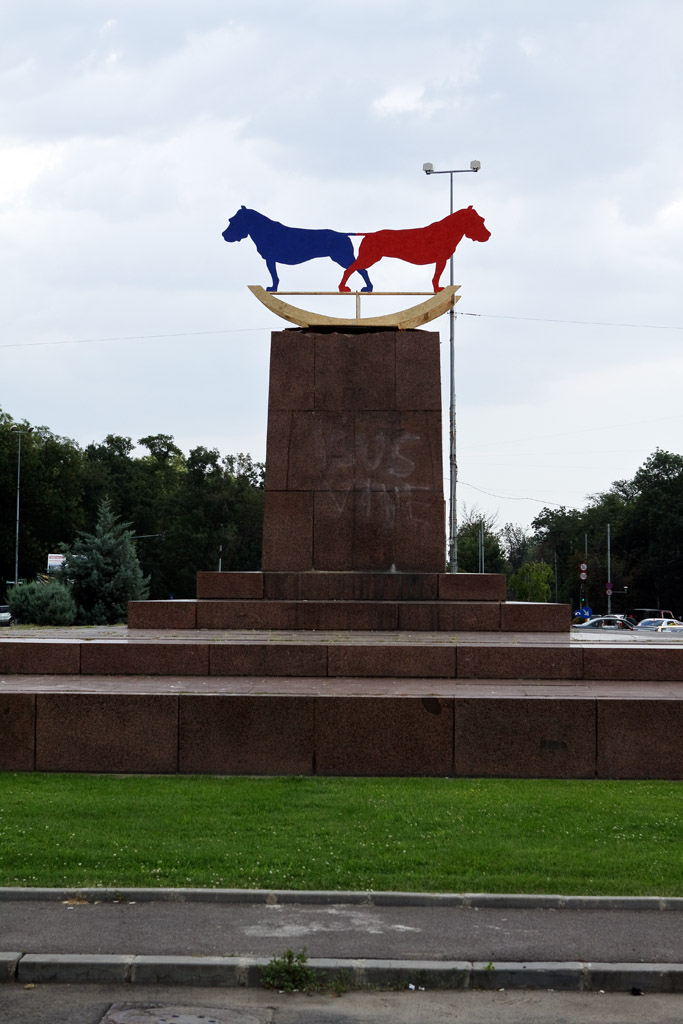 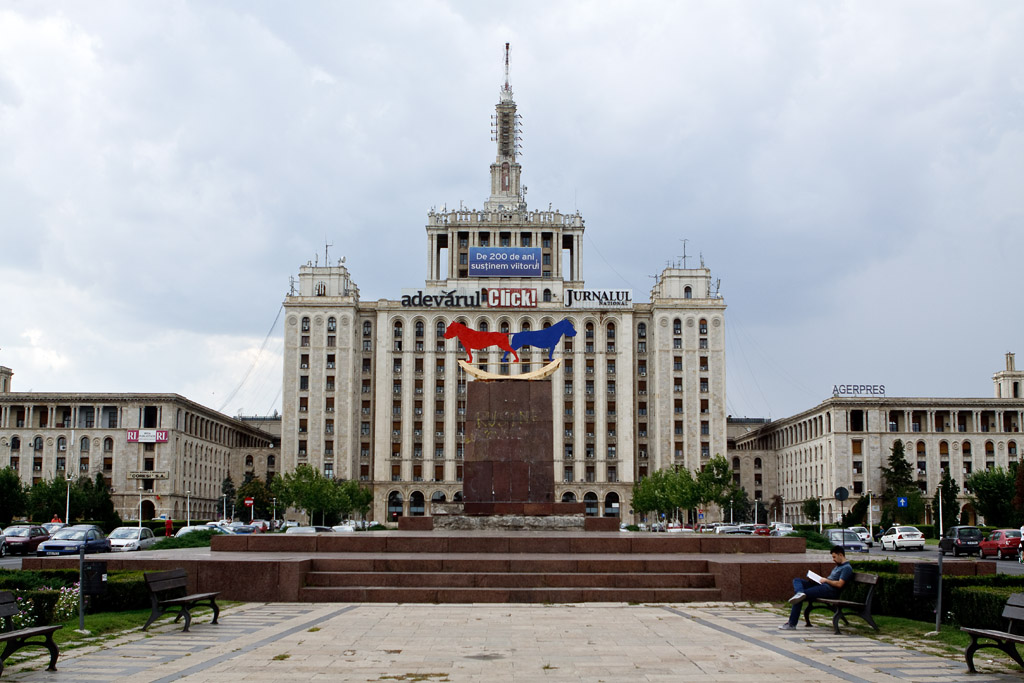 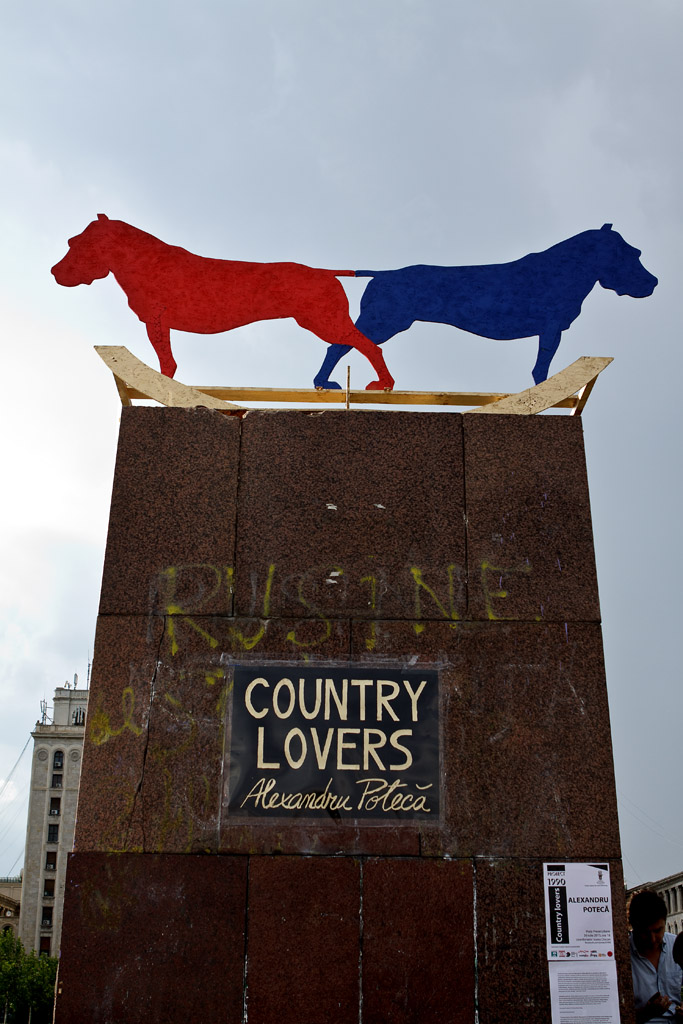 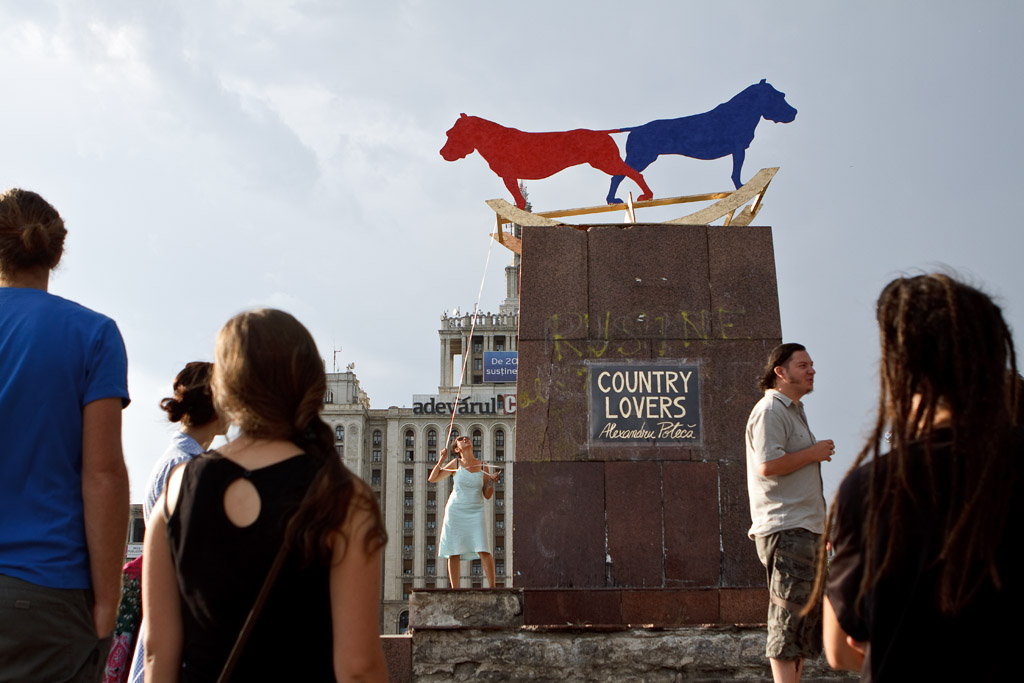 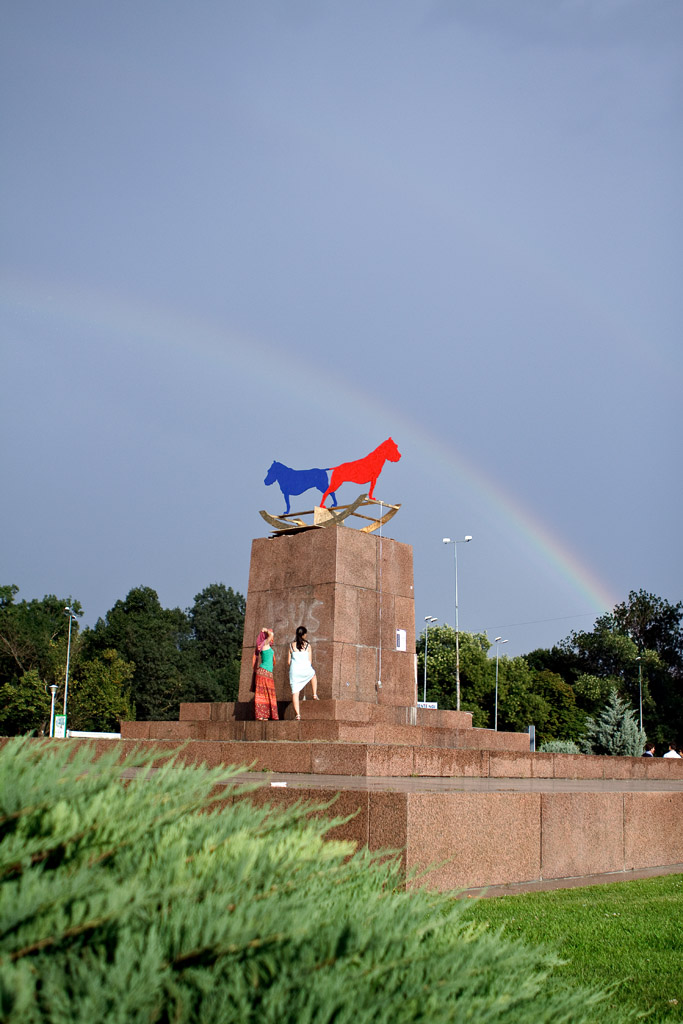 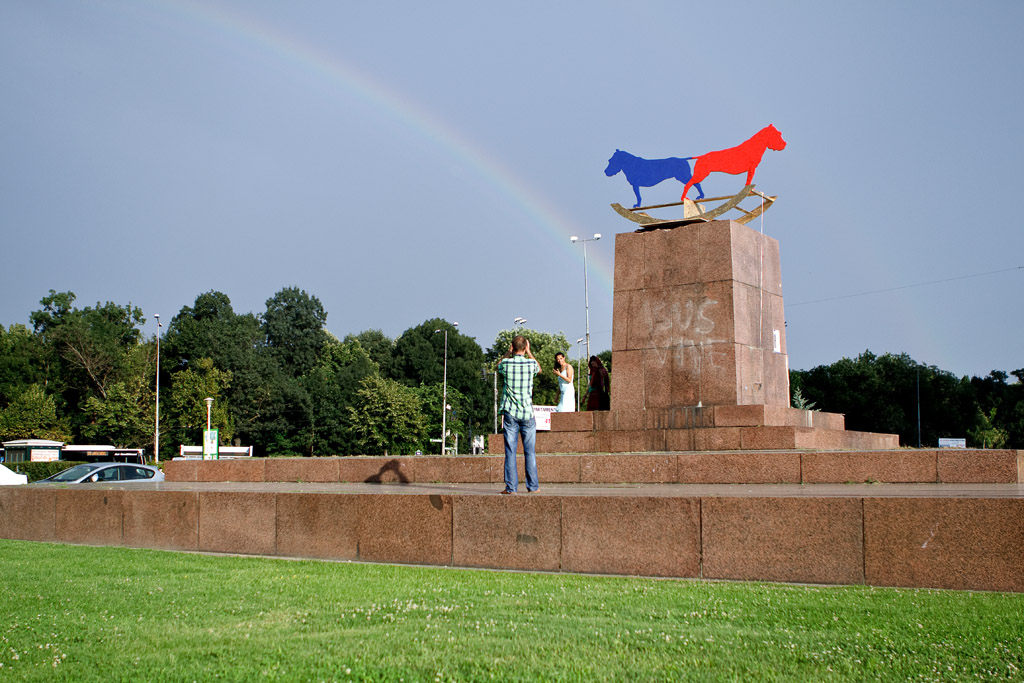 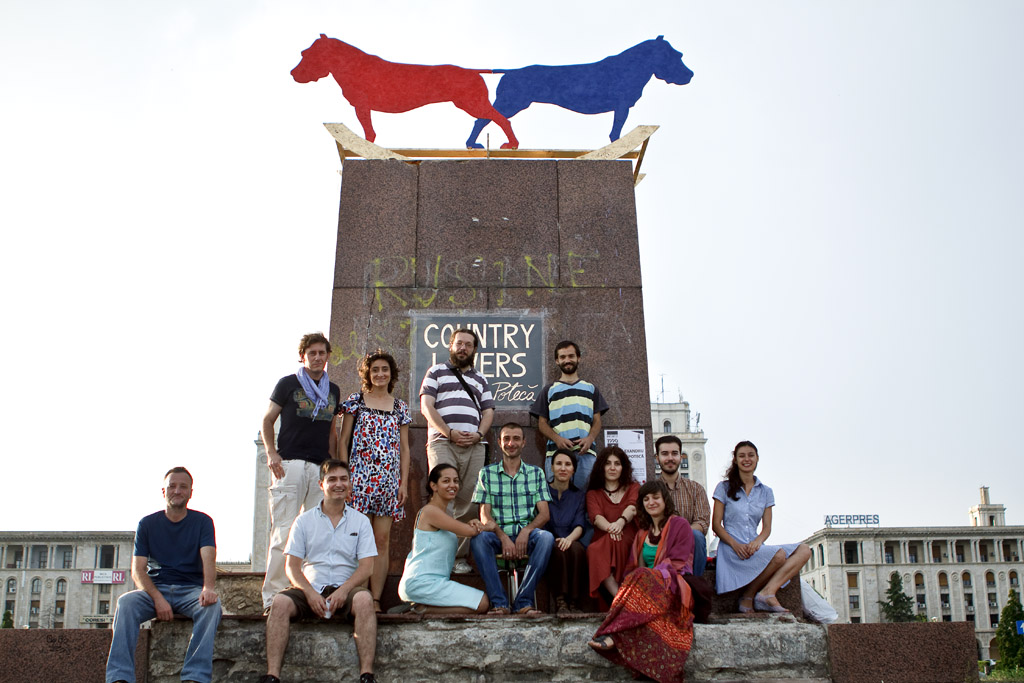 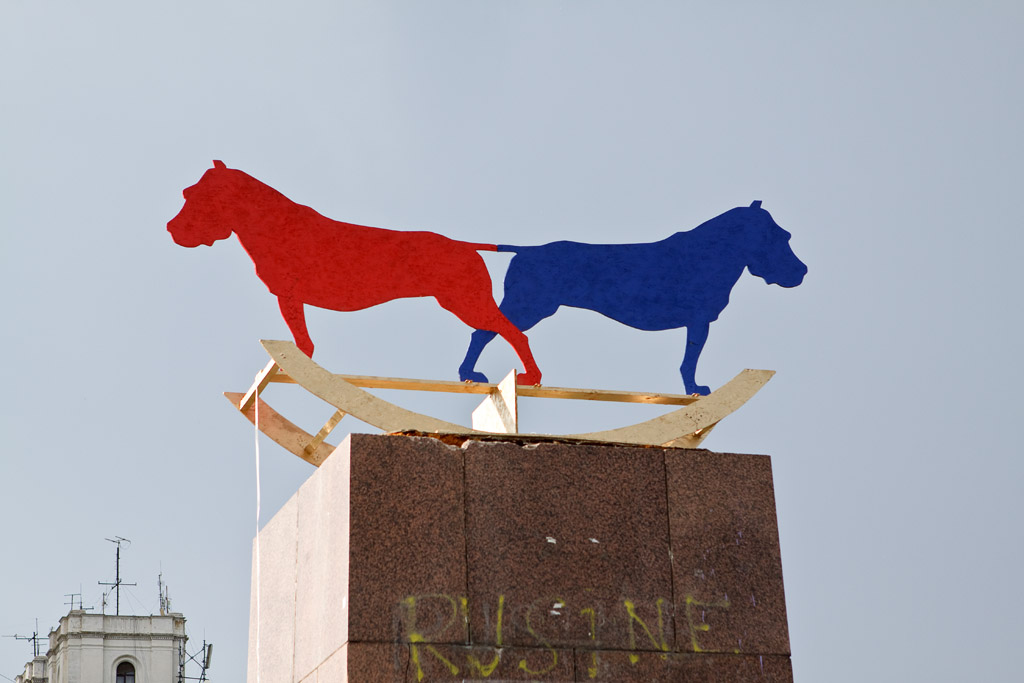