« My Artwork • Homeland, garden in bloom

The 6,000 Romanian coins of 10 cents (0,10 RON) form and outline the map of Romania. A country rich in natural resources such as gold, silver, oil deposits, natural gas or other rare metals and the list can go up to 77 minerals – it has proved to be an economic interest objective since the time of the Roman Empire. Today, after the 1989 Revolution, which took the power from the dictator Nicolae Ceausescu and transformed Romania into a democracy, it is up to each of the country’s inhabitants to understand their important role in the development of society and respect the country’s wealth. The public has been invited to interact with the installation as much as they wish. Silver coins are a symbol of power that transcends geographical or cultural boundaries. Visual artist Ioana Ciocan lives in Bucharest and teaches at the National University of Arts in Bucharest. Its installations and artistic projects focus on nationalism, social activism and the role of art in public spaces.

“Romania, sweet country, Spring sunset / The spices, the longings / Nobody wants to listen us! / We fight atrociously, / To want a great country / With honest people, / For tomorrow and today! ” Constantin V. Ciocan 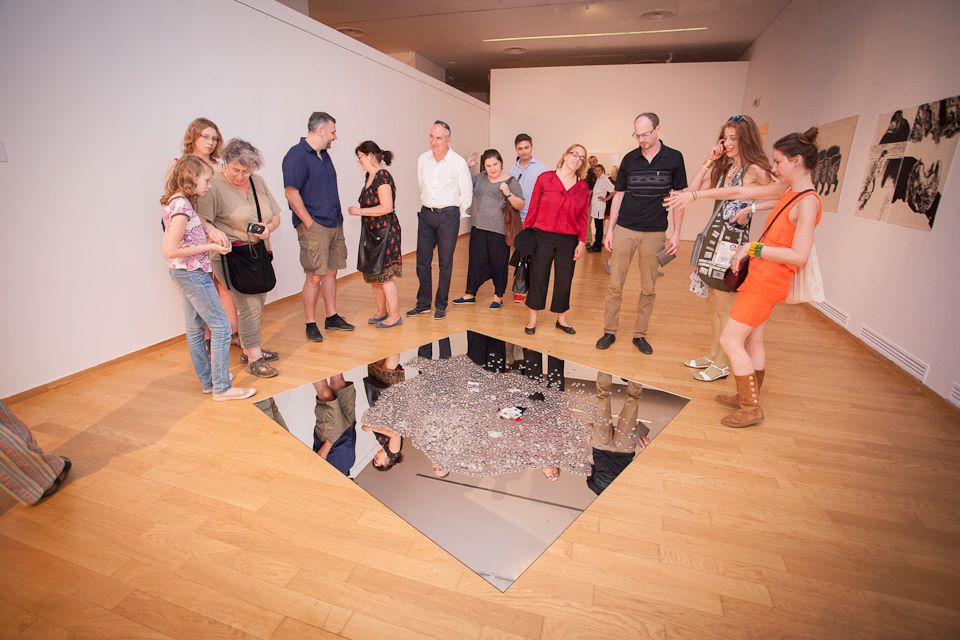 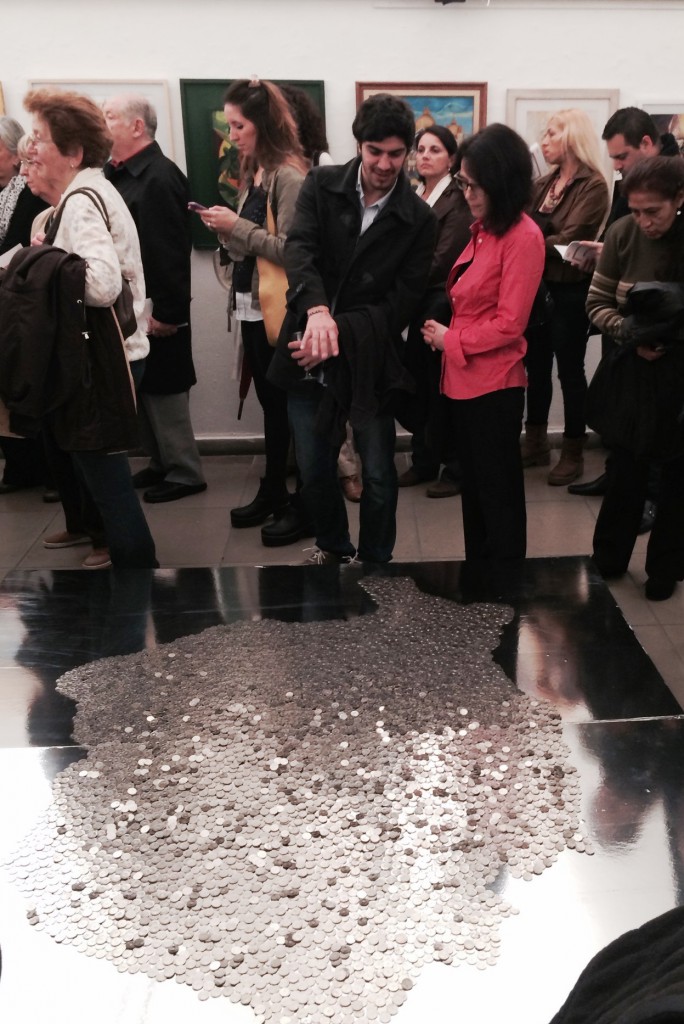 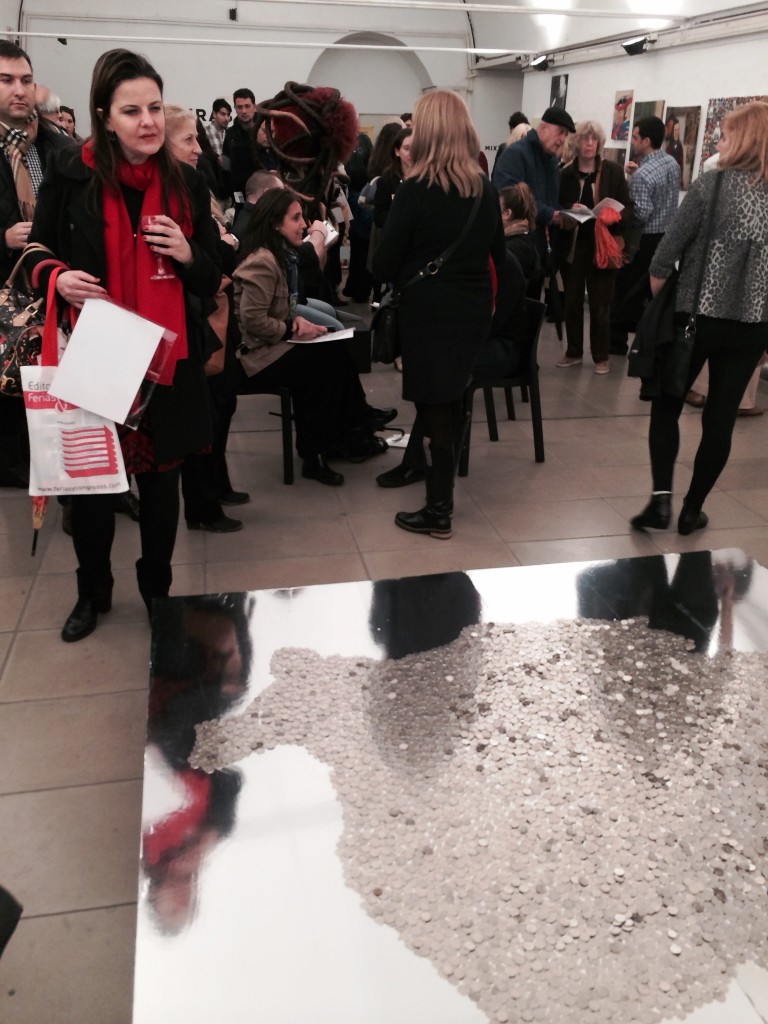 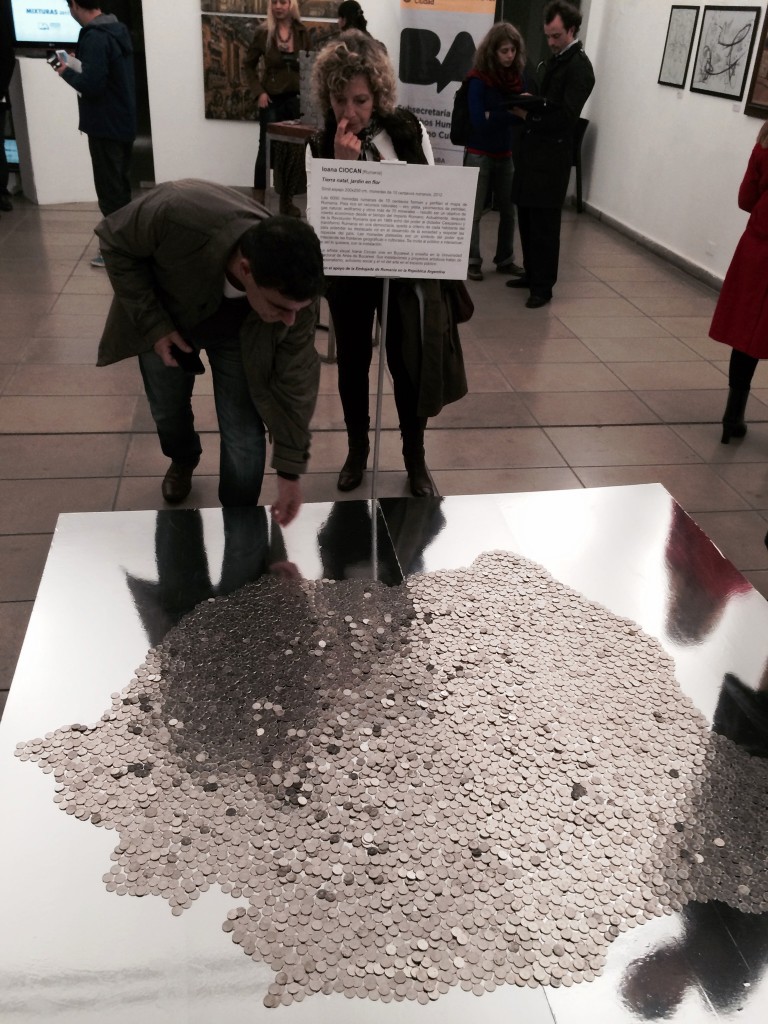 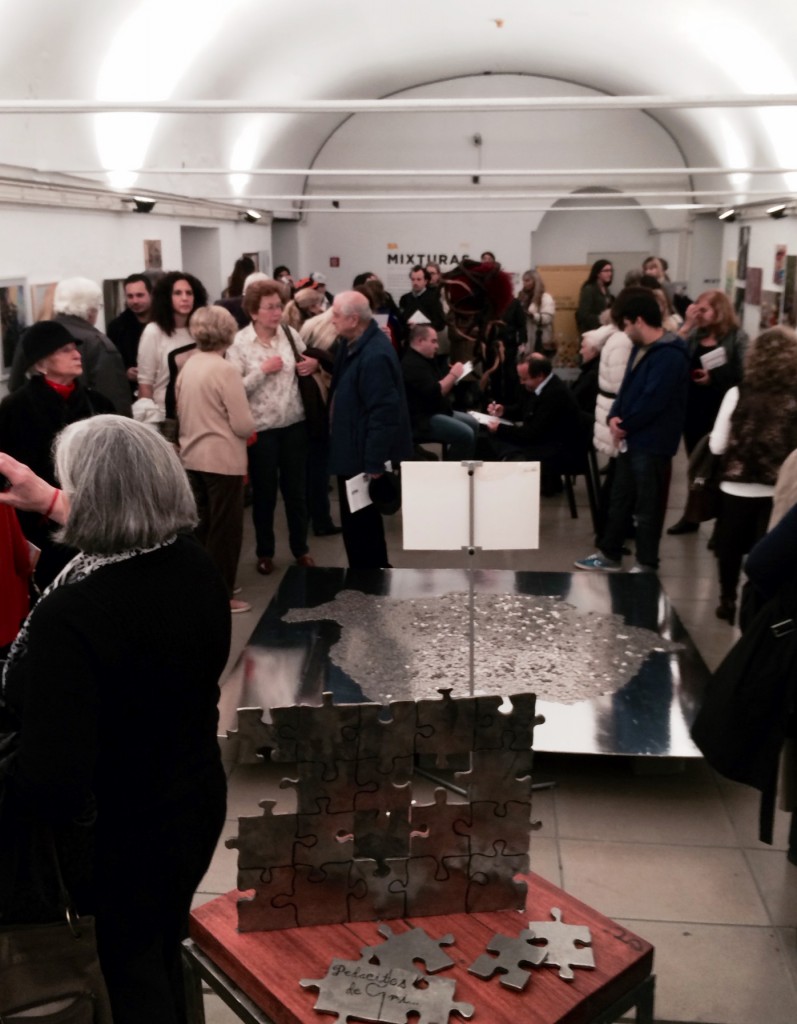 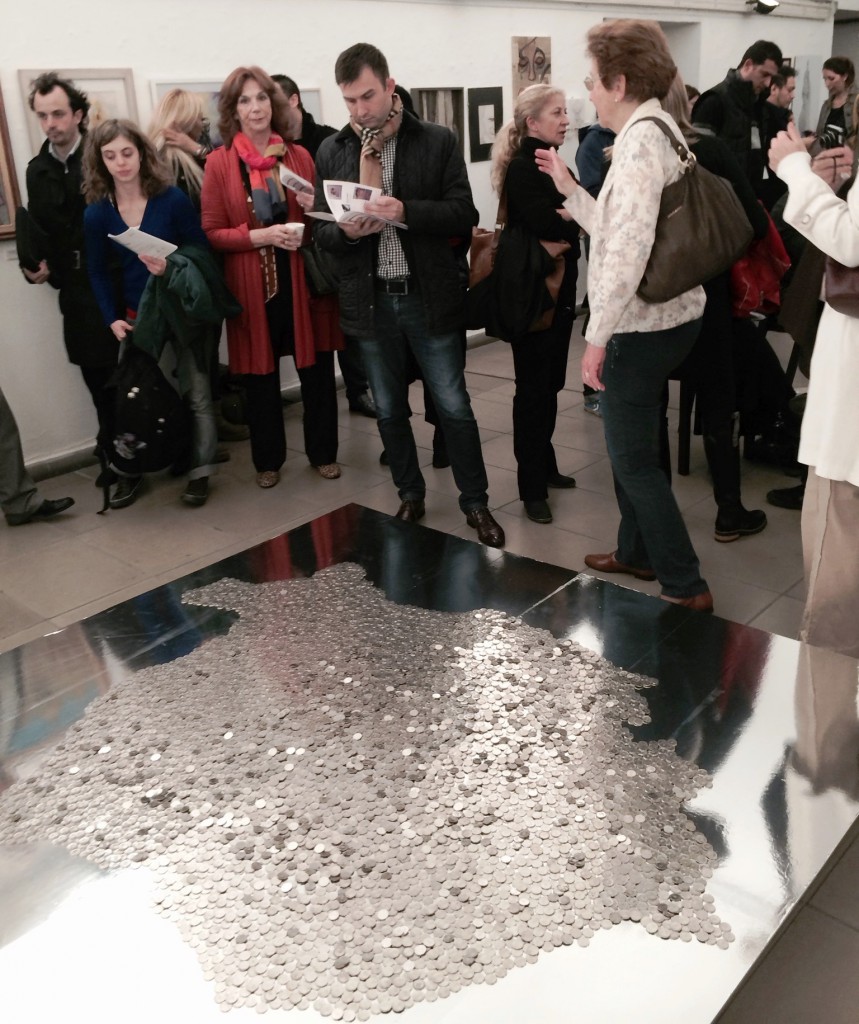 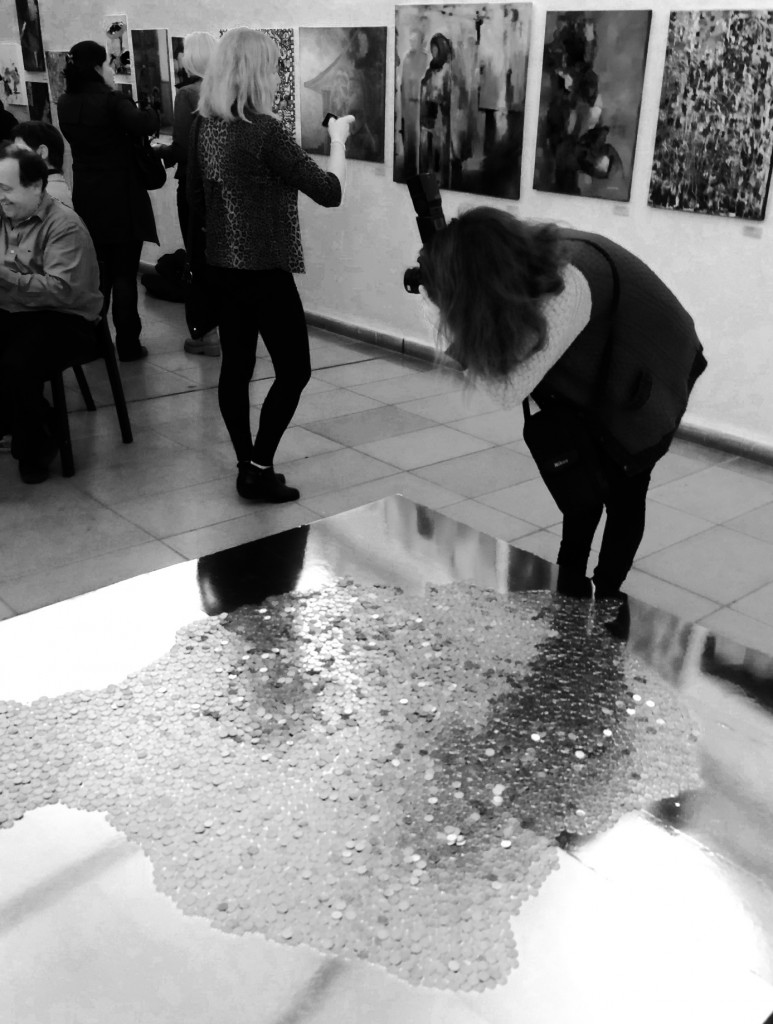