Prevailing of the devastation which followed the 1977 earthquake in Bucharest, Nicolae Ceaușescu began a series of massive demolitions in the city’s historical center out of his desire to build a capital for the new man after the Pyongyang model and erase the city’s history. Therefore, in 1984, he started the construction of the 300.000 m2 administrative building of the communist party, which he entitled The People’s Palace (today House of Parliament), and of the House of Science and Technology (today House of Academy). Following the demolition of the entire Uranus neighborhood, the leveling of the Mihai Vodă hill and the relocation of thousands of people, Bucharest lost a significant part of its history. The long Uranus Street used to be in the exact place you are in right now. Uranus Chronic(ally) is dedicated to the inhabitants of this former neighborhood. An urban installation designed to be perceived as a house from only one point, disintegrating itself as you go along it, just like the former urban tissue with its houses and yards forever lost under the communist bulldozers. 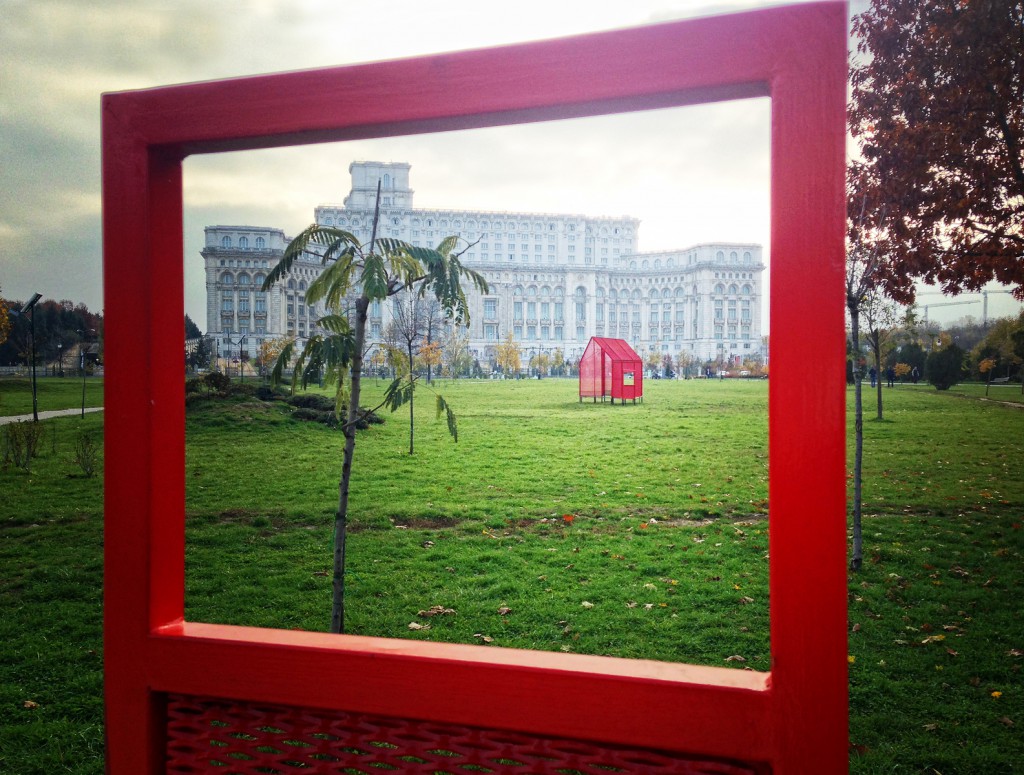 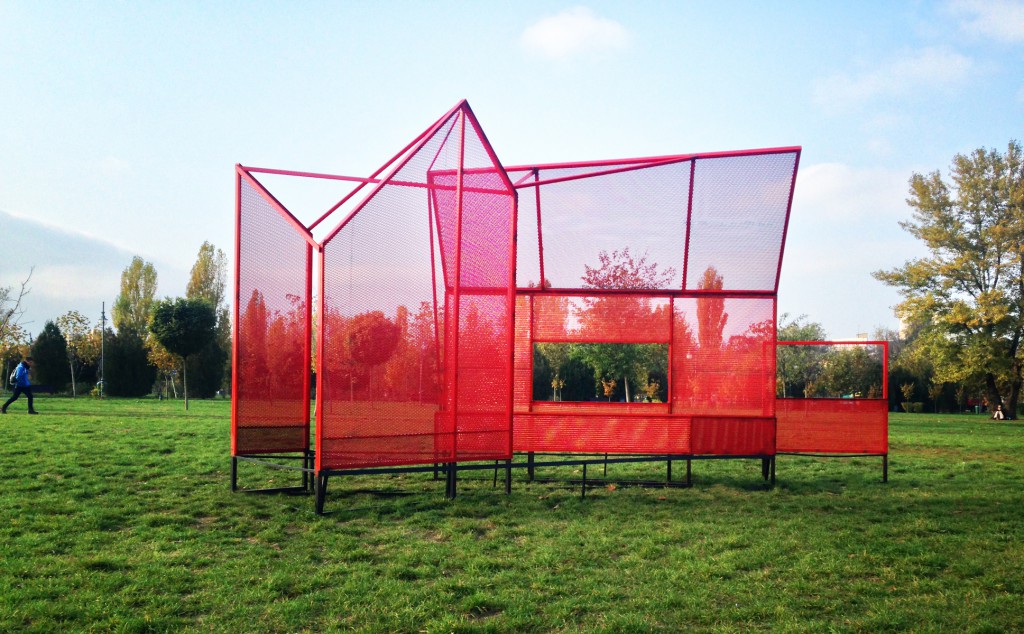 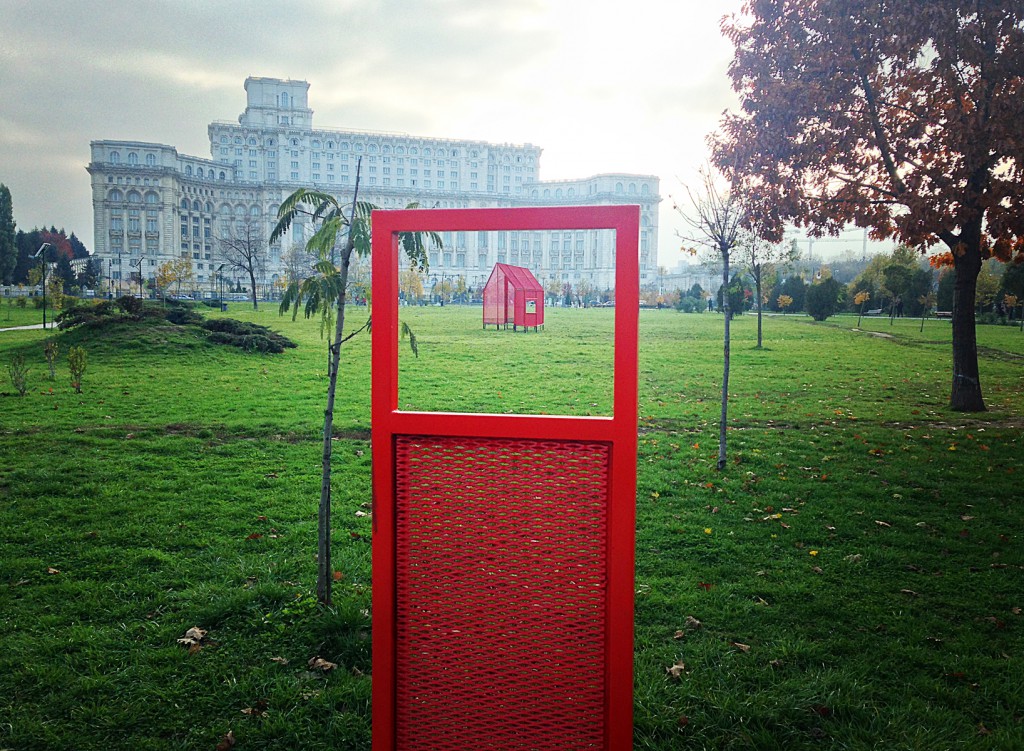 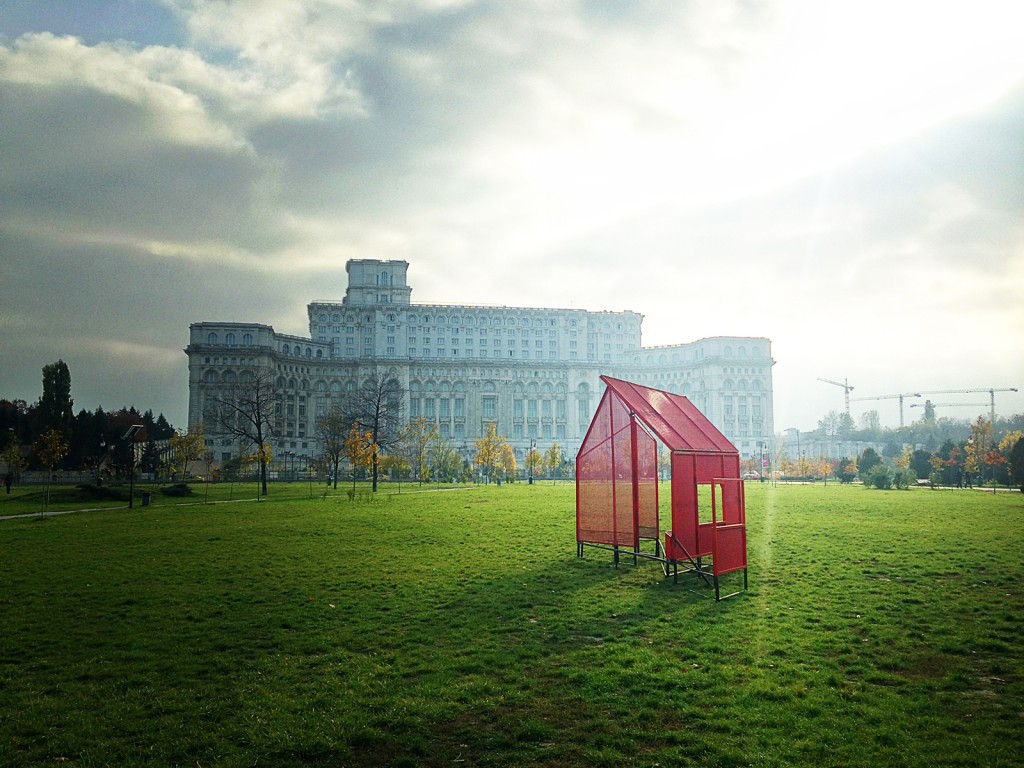