At “Calina” Gallery we live with the secret presence of the Mimian Fairies whose role must be decoded while reading their tattooed symbols. The fairies fulfill an extraordinary function shared by the viewer by preserving the homogeneity of the space through the dual nature. There are fragments from the artist’s personal universe, a lost, crashed, recomposed universe, populated with characters related to a mythic era. The viewer is floating among the Mimian Fairies, one takes part in sacred rituals by passing through the Installation of the 100 hands, which drives you towards the Ghost fairy. We share the durable certainty concerning the existence of the Mimian Fairies and in the Fairies exhibition we feel the desire to preserve our revelations, the dreams of night in a mixture not only with personal realities but also with the unfulfilled dreams. The Mimian Fairies revolve between a niche, graphic steampunk, referring to the new icons from the horror goth sphere (The Dance of Lasses, The Twins, Flora) and pop culture, with neo-primitive and symbolical-realistic tattoos in the Balkan South style. This ancestral dance carries us towards another dimension, where we are manipulated in a phagocyte way, from which we can become much better or even much wiser. 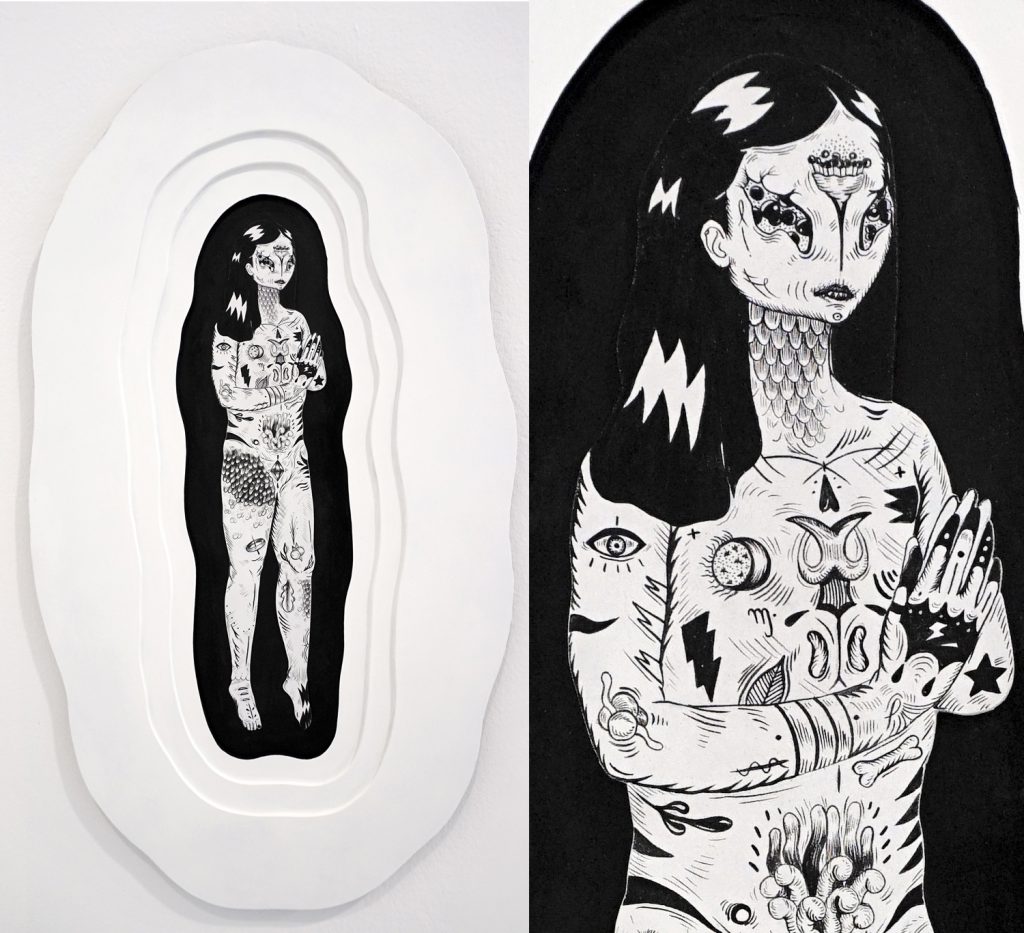 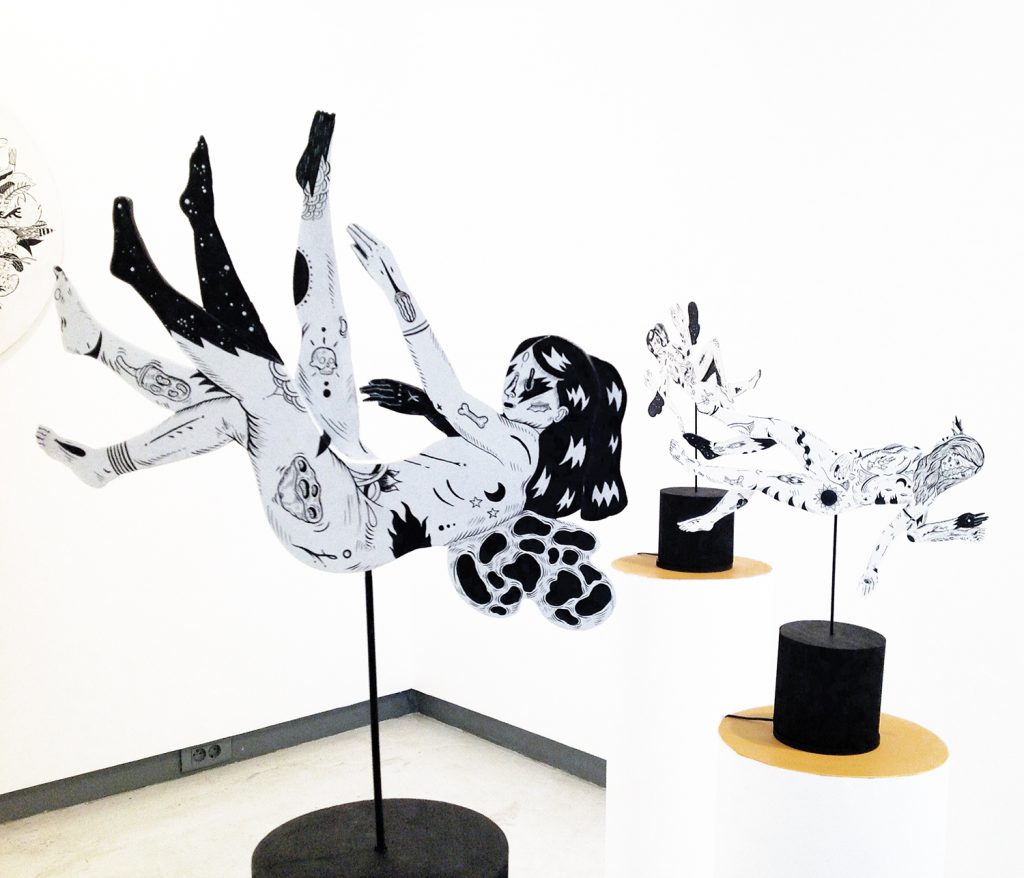 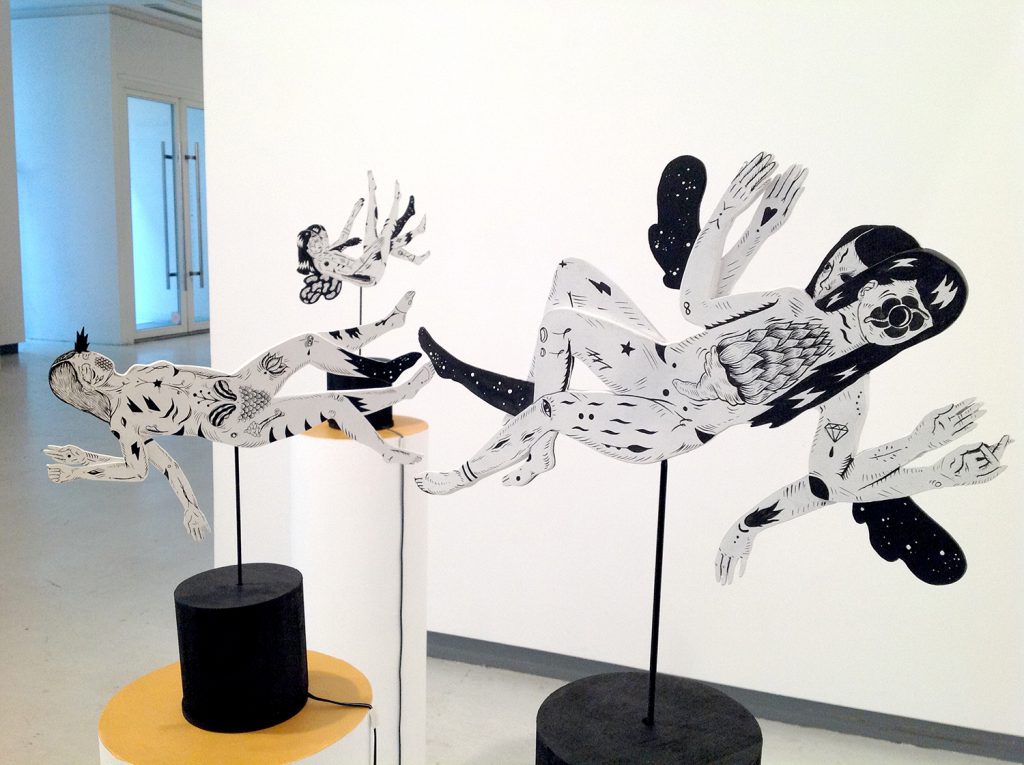 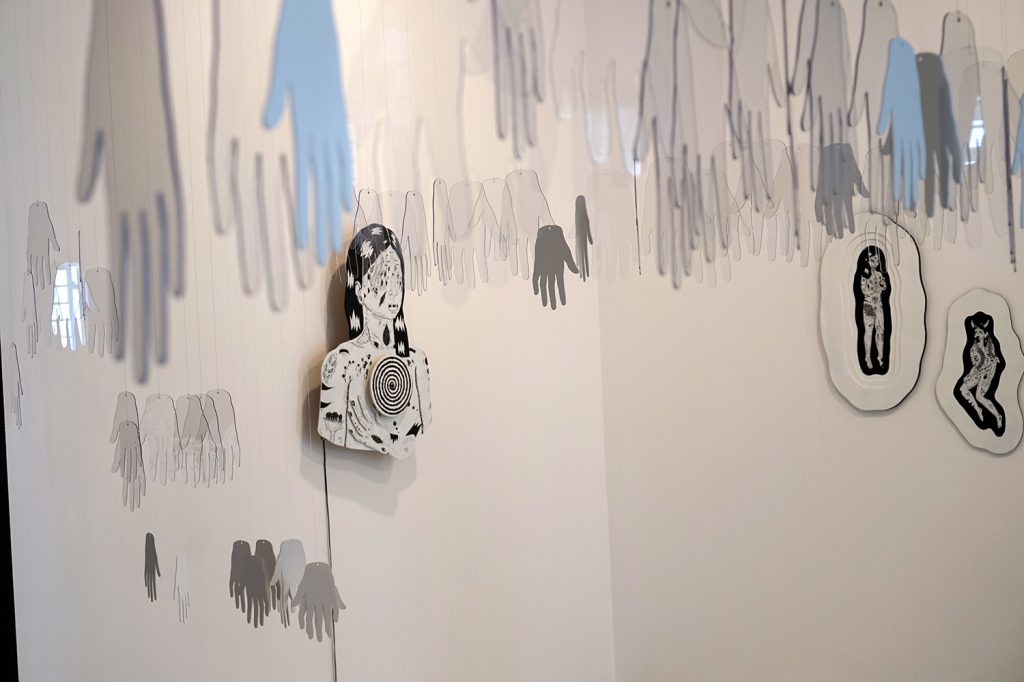 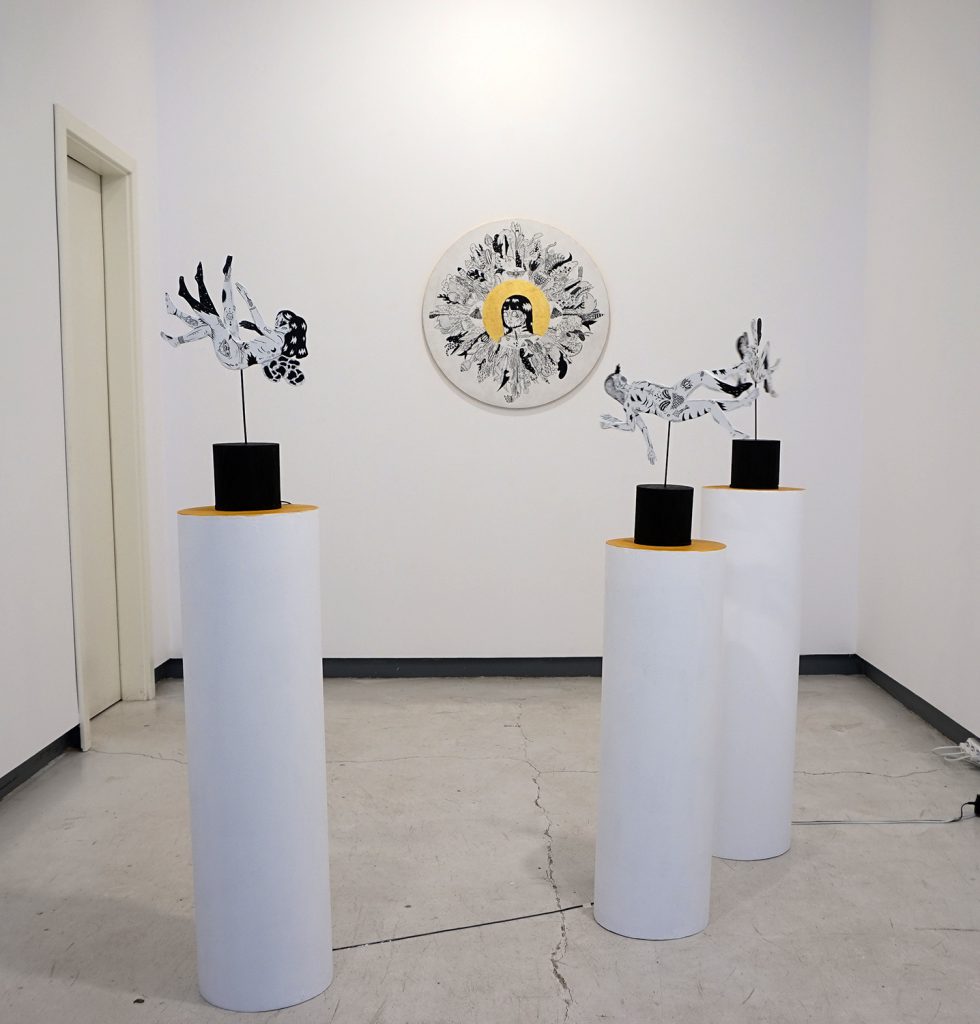 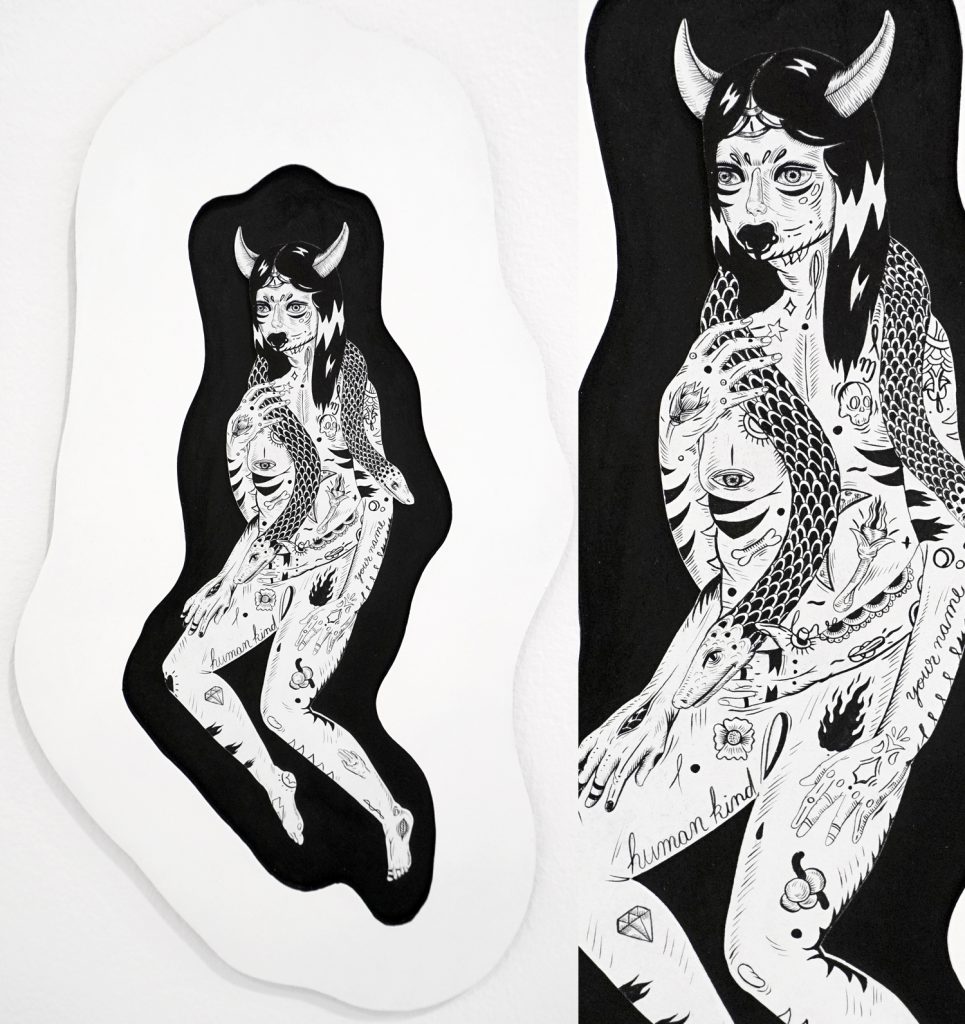 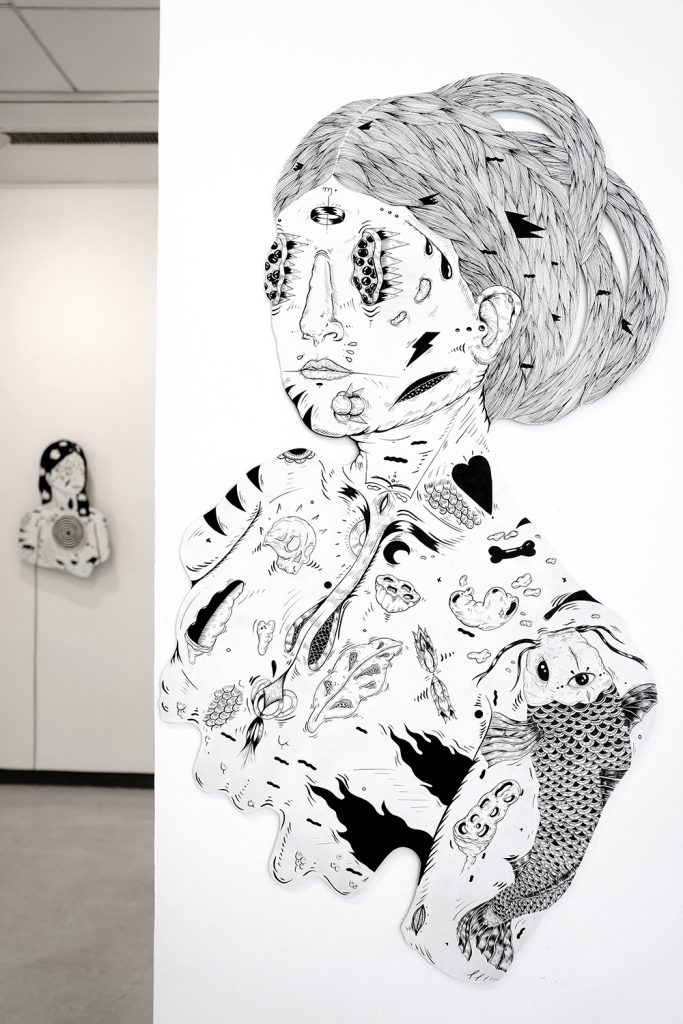 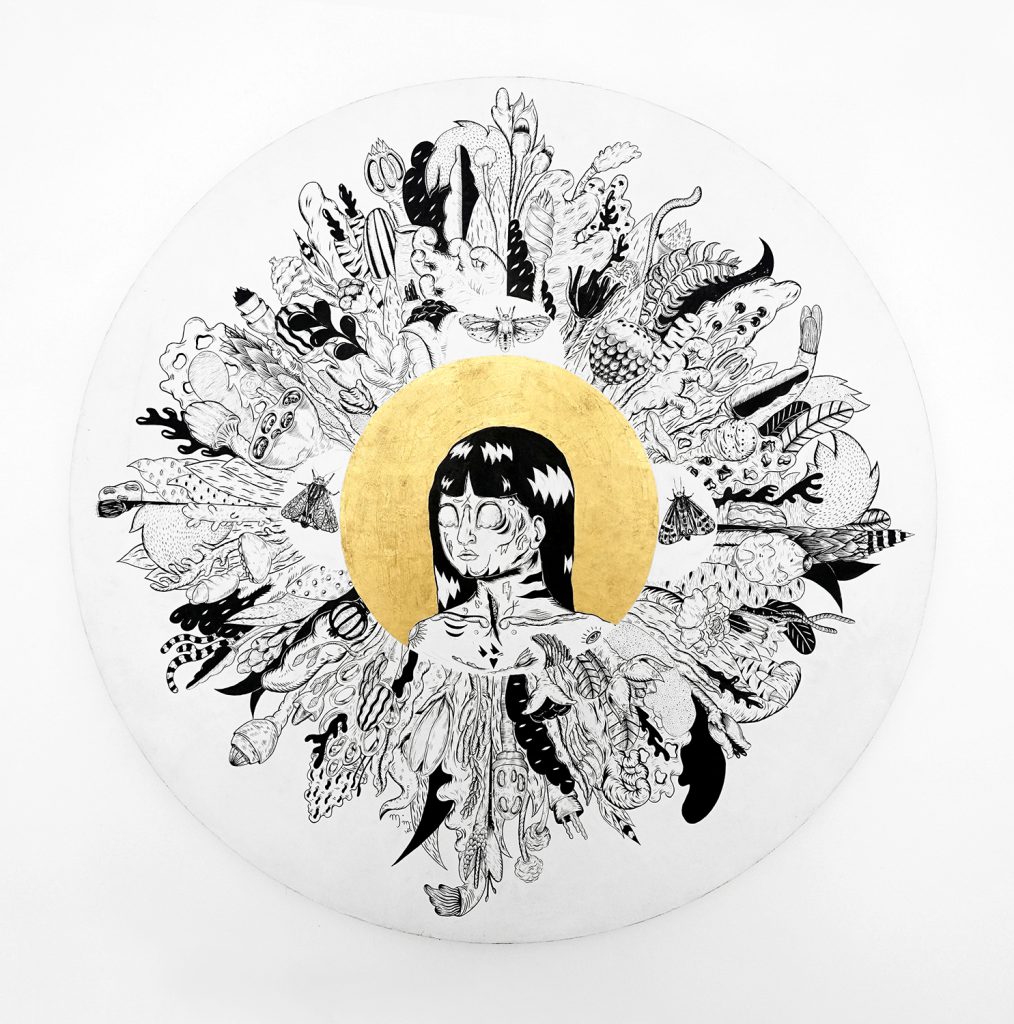 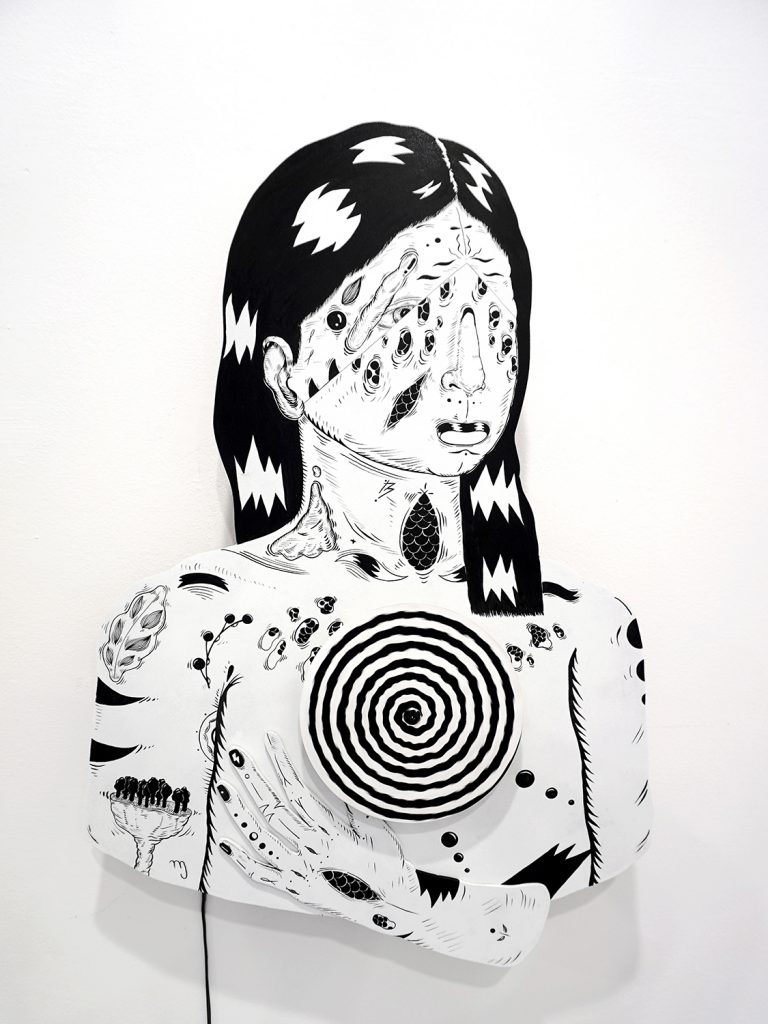 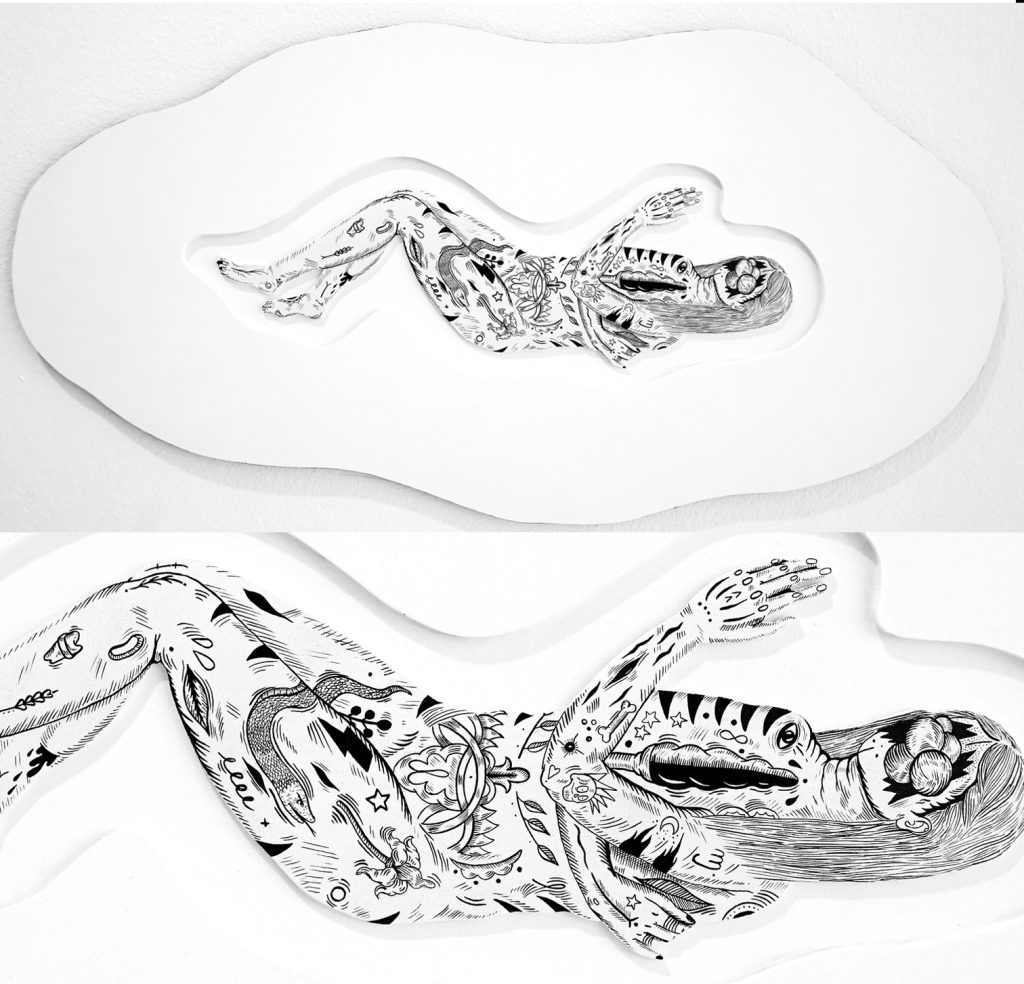 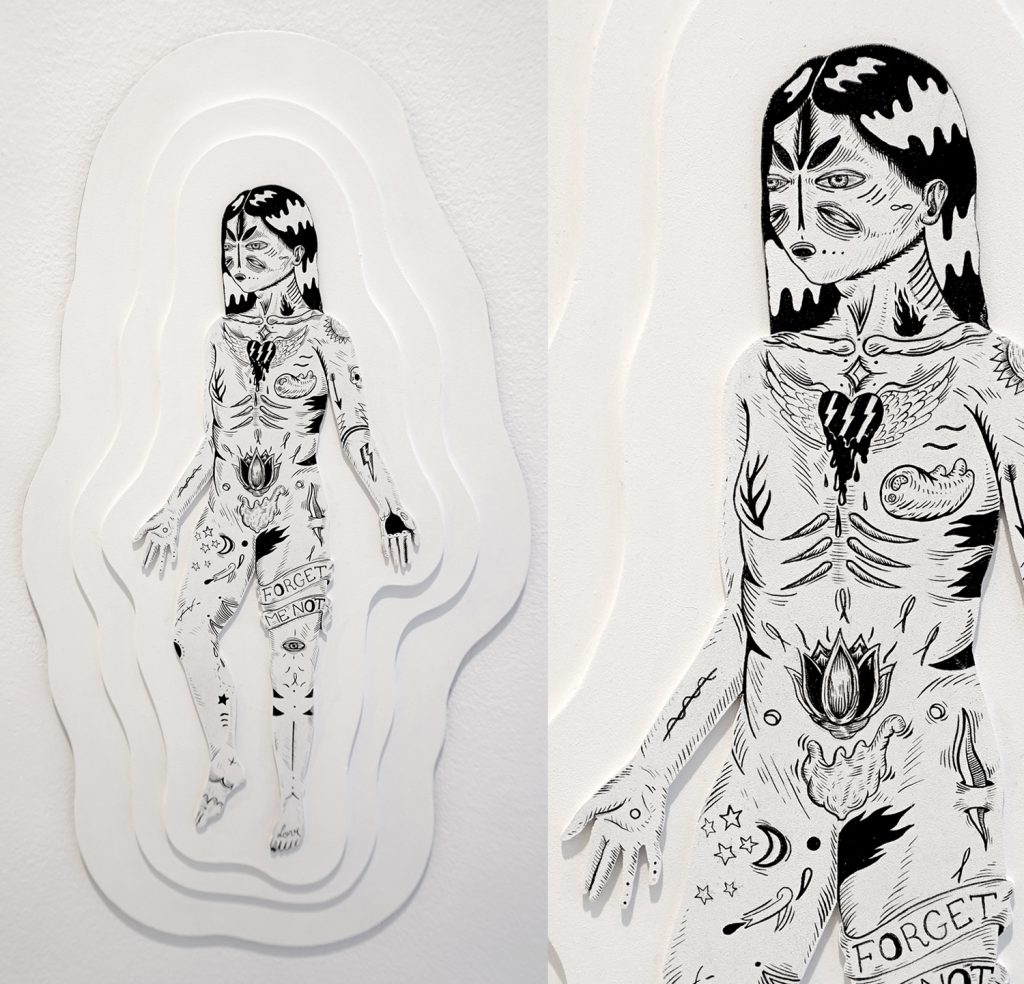 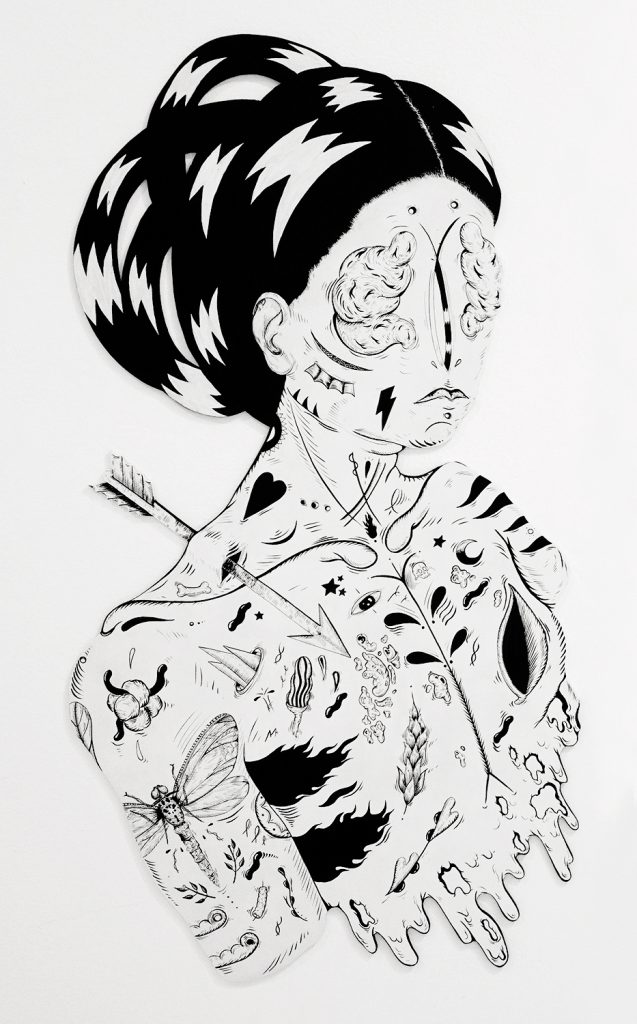